In order to liberalise the EU internal energy market, three legislative packages were adopted from 1996 to 2009. As a consequence, new gas and electricity suppliers can enter markets across the EU while consumers are free to choose their energy supplier. 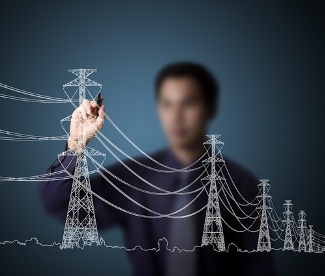 Image Copyright by Dusit, 2012.
Used under license from Shutterstock.com

The ‘third energy package‘ (directives 2009/72 (electricity) and 2009/73 (gas)) came into force in March 2011. It was adopted in 2009 to prevent energy company monopolies by separating energy production from transmission activities (“ownership unbundling”). The monitoring of transposition and implementation in the Member States shows that there are serious delays in this process. There are additional concerns that investments in energy infrastructure, in particular interconnectors, are insufficient.

Far from completion?: prospects for development of the EU energy market / Artur Lorkowski. Demos Europa, June 2012
Briefing note discussing the importance of completion of the internal energy market and its implications for the future.

Renewables and the EU internal electricity market: the case for an arranged marriage / Centre for European Policy Studies (CEPS), 2012
This CEPS policy brief argues that pursuing the renewables objective could contribute to the completion of the internal electricity market, help to overcome opposition to transmission projects and decrease the market power of incumbents.

– Part I: Executive summary and and overview of energy markets in the EU

EU energy markets in gas and electricity state of play of implementation and transposition / Altmann, Matthias. European Parliament. Policy Department A , 2010
The present study assesses the opening and completion of the internal energy market through stocktaking of the current status and a critical assessment of the likely policy challenges ahead.

Energy infrastructure: priorities for 2020 and beyond – a blueprint for an integrated European energy network / European Commission. DG Energy, 2011

7 thoughts on “Completion of the EU internal energy market”