Late transposition of a 2009 legislative package is delaying completion of the EU’s internal energy market. Member States (MS) face conflicting interests and high costs in implementing the legislation, which aims to break up energy monopolies.

The third energy package, adopted in 2009, focuses on “unbundling”: separating the business of energy supply and production from its transmission by gas pipelines and electricity grids. Energy monopolies would be required to sell their transmission networks or cede control of them to an independent operator or subsidiary. The aim was to increase competition, keep prices as low as possible and ensure security of supply. 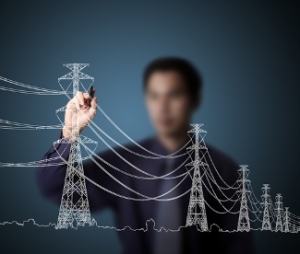 Image Copyright by Dusit, 2012.
Used under license from Shutterstock.com

Implementation of the internal energy market is one of the key priorities in the European Commission’s Energy 2020 strategy and Energy Roadmap 2050. EU leaders declared in 2011 that the internal energy market needs to be completed by 2014. The third package is crucial in this process but the Commission has found it is not yet fully transposed and implemented (the deadline was March 2011). In early 2012, the Commission sent formal requests to comply with EU Law (“reasoned opinions”) to 17 MS which had fully or partially failed to transpose the legislation.

According to analysts, one reason behind non-transposition of the legislation agreed may be that MS supported reforms which facilitated their companies’ competing abroad but obstructed other provisions in the package that would expose their domestic market to competition. A think-thank divides energy firms into two groups: potential exporters which support deeper market integration and producers which expect to lose from it. Both lobby their governments hard.

Researchers also underline the considerable costs of unbundling, and increased complexity in firms’ operations when network control is externalised. They also point out the lack of evidence proving that unbundling has significant impact on final consumer prices. Economists are divided over its effect on competition. Analysts argue that the financial crisis created an environment that favours the immediate needs of the economy over measures perceived as likely to increase costs.

If transposition is delayed further the Commission may refer infringing MS to the Court of Justice. This has already happened with MS that failed to ensure conditions or access to natural gas networks.

Some studies suggest that the “unbundling” process is consistent with the likely technical evolution of the energy sector in the future.

Consultants claim that the agreed market integration and decarbonisation initiatives will inevitably lead to increasing MS inter­dependence and coordination, both leading to further market integration. Researchers have stressed the need to support and further develop the role of the EU’s Agency for the Cooperation of Energy Regulators (ACER), particularly its capacity to scrutinise national regulatory decisions and settle disputes.

Analysts argue that, apart from implement­ation of the acquis, EU funding for investment in infrastructure will be needed to ensure free flow of electricity and gas between the 27 MS.

The EP adopted the third energy package by a large majority in 2009. MEPs strongly supported unbundling on the electricity market, strengthening the role of ACER and increasing consumer rights.

Read the brefing in a PDF format.