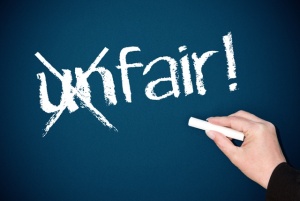 The famous political philosopher John Rawls (1921-2002) put forward a theory of justice according to which the ‘basic structure of society‘ (its political, legal and economic arrangements) has the key task of distributing benefits and burdens among members of that society. Whether a given society is fair, depends ultimately on its ‘basic structure‘. A controversial question is whether private law (e.g. property, contract, non-contractual liability etc.) should be regarded as part of this ‘basic structure‘, and if yes, what should its role be exactly in promoting social justice and fairness. On 31 January 2014, experts in private law and political philosophers gathered together at the University of Amsterdam at a conference on ‘Private Law and the Basic Structure of Society’, trying to answer this question.

Hanoch Dagan (Tel Aviv) focused on the ‘utopian promise’ of private law, considering that private law allows people to make choices as to the way they wish to shape their interpersonal relationships, and thereby promotes pluralism in society. Martijn Hesselink (Amsterdam) argued for a ‘democratic contract law’, urging that rules of contract law should not be exclusively created by legal experts, but must be the object of an inclusive democratic debate. Commenting on Hesselink’s paper, Diana Wallis (Director of the European Law Institute) called for closer cooperation between politicians and private law experts. Horst Eidenmüller (Munich) focused on the efficiency of consumer rights enforcement, expressing doubts as to whether the new legislation on Alternative and Online Dispute Resolution (ADR & ODR) is the right step in that direction. Aditi Bagchi (Fordham University) drew attention to the fact that a contractual relationship affects not only its parties but also society in general, while David Blankfein-Tabachnick (Pennsylvania State University) emphasised that not only tax and social security law, but also private law should contribute to achieving a just society.

Andreas Føllesdal (Oslo) explored the legitimacy of international trade and investment courts within a ‘basic structure of society’ that takes a global dimension. Thom Brooks (Durham) analysed the impact of Amartya Sen‘s ‘capabilities approach’ for private law and Samuel Freeman (Pennsylvania State University) argued that principles of justice should apply to property and contract law, but not to non-contractual liability. Arthur Ripstein (Toronto) considered that private law should be treated as a means of regulating relationships between citizens and businesses, but not as a tool for making society fairer. Martin Hevia (Buenos Aires) explored the philosophical underpinnings of the impossibility of performance in contract law, and Samuel Scheffler (New York) discussed various approaches regarding the place of private law within the ‘basic structure of society’.