Crowdfunding in the European Union

Through several parliamentary questions and its own initiative report on Reindustrialising Europe, the European Parliament has repeatedly urged the European Commission to take action in relation to the growing use of crowdfunding in the EU. 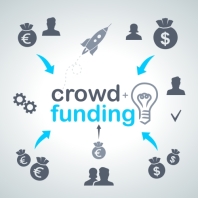 The European Commission, after consultation with stakeholders, published the 27 of March 2014 the Communication on unleashing the potential of crowdfunding in the European Union / COM(2014) 172 final.

This communication presents a first appraisal of the crowdfunding situation in the EU. It is intended to serve as a starting point for discussion and possible future actions. In this document, the Commission draws on the risks and challenges identified by stakeholders during the consultation process to come up with several proposals such as the creation of a European Crowdfunding Stakeholder Forum and the engagement to further assess, through a dedicated study, the increasing importance of crowdfunding activities in the EU.

This Keysource presents a selection of recent articles and studies to complement the analysis done by the Commission on this communication.

An introduction to crowdfunding / NESTA, July 2012

Crowdfunding: Innovative access to finance and regulatory challenges / Liam Collins, World Bank Policy Brief, The Innovation Policy Platform, 2014
This report provides a definition and clear explanation of the different crowdfunding models, together with a visual representation of the crowdfunding process.

Some simple economics of crowdfunding / Ajay Agrawal, Christian Catalini, Avi Goldfarb, NBER, 1 June 2013
This study concludes that it is still too early to predict how crowdfunding activities will evolve.

Crowdfunding: An alternative source of funding with potential / Thomas F. Dapp; Deutsche Bank AG; 18 March 2013
According to this report, the demand for crowdfunding, as well as the number of crowdfunding platforms, is increasing rapidly.

Respective scopes of EU and national laws concerning crowdfunding operations: How to change legal framework at both levels / Crowdfunding for Europe, September 2013

Regulation of crowdfunding in Germany, the UK, Spain and Italy and the impact of the European Single Market / European Crowdfunding Network, 13 June 2013

3 thoughts on “Crowdfunding in the European Union”