More than 5,000 people have been killed since April last year in the fighting between Russian-backed separatists and Ukraine forces. The EU is applying a combined approach of dialogue, diplomacy and sanctions in order to find a sustainable resolution of the conflict. 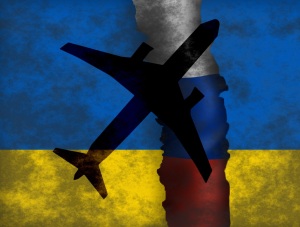 Citizens from all over Europe have turned to the European Parliament to comment on the situation in Ukraine from the very beginning of the crisis. Citizens have expressed their opinions among others about the Maidan protest movement which started end-2013, about the subsequent political changes and elections in Ukraine, about the annexation of Crimea by Russia, about the association agreement EU-Ukraine, and about the MH17 aircraft disaster in July 2014.

The more recent comments focused on the EU sanctions against Russia, while many citizens expressed their fear to see a resurgence of the Cold War or even a military confrontation with Russia.

The Parliament’s position is that there can be only a political solution to this conflict, not a military one. Therefore the Parliament strongly supports any negotiating format which could produce a lasting peaceful solution.

On 12 February, after more than 16 hours of negotiations in Minsk, the leaders of Germany, France, Russia and Ukraine signed an agreement to end fighting in eastern Ukraine. The pro-Russian rebels in eastern Ukraine also signed the deal, which includes a ceasefire in eastern Ukraine, to begin on 15 February, followed by the withdrawal of heavy weapons.

EP President Schulz explained on 12 February 2015 in a speech at the informal meeting of the Heads of State and Government the Parliament’s expectation that all sides should respect the cease fire and should refrain from any actions which could endanger the coming into force of the cease fire.

President Schulz said: “In this situation, the European Union has a key role to play. It must maintain its unity at all costs and be ready to support Ukraine along the road. Ordinary Ukrainians took to the streets to demonstrate in favour of European-style democracy in their country. They are looking to their government to implement major changes. Our message to the government in Kyiv remains unchanged: the rule of law, zero tolerance for corruption and political and economic reforms are essential. A reformed, properly functioning Ukraine is the best response to aggression. We will continue to provide support in the form of assistance and expertise.”

As stated in the European Parliament resolution of 15 January 2015 on the situation in Ukraine, the Parliament strongly condemned Russia’s ‘aggressive and expansionist policy’ and ‘the acts of terrorism and criminal behaviour committed by the separatists and other irregular forces in Eastern Ukraine’. The EU sanctions against Russia should stay in place until Russia changes its aggressive policy in Ukraine.

In view of the then worsening situation, the EU’s Foreign Affairs ministers had agreed on 29 January to extend the restrictive measures targeting persons and entities for threatening or undermining Ukraine’s sovereignty and territorial integrity until September 2015.

Updates on EU’s actions and initiatives

For further information, the website of the European External Action Service (EEAS) regularly provides updated information on declarations and decisions at the European level concerning Ukraine and Russia.

Do you have any questions on this issue or another EP-related concern? Please use our web form. You write, we answer.

The Citizens' Enquiries Unit provides information on the activities, powers and organisation of the European Parliament. You ask, we answer.
View all posts by Ask EP »
« Cutting sulphur emissions from ships
Security to the fore – February plenary session »