Advancing gender equality in the EU

International Women’s Day provides an opportunity to take stock of progress towards gender equality, and 2015 is a pivotal year in this regard. At global level, it marks the 20th anniversary of the Beijing Declaration and Platform for Action and the deadline for the Millennium Development Goals, which set ambitious targets for advancing women’s rights. As well as reviewing these initiatives, the EU is assessing its own ongoing efforts to promote gender equality, one of its founding values, looking to a new Strategy for equality between women and men beyond 2015.

The EU’s commitment to gender equality

Under the Treaties (Article 19 TFEU), the EU can enact legislation to combat gender-based discrimination, and is committed to upholding and promoting the principle of gender equality in all its actions (Articles 2 and 3(3) TEU and 8 TFEU). The current priorities are set out in the Strategy for Equality between Women and Men 2010-15, which was reviewed in 2013 and is monitored by the European Commission in annual reports. 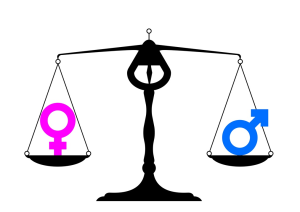 The first gender equality index (published by the European Institute for Gender Equality in 2013 on the basis of data to 2010, and due for reissue in 2015) suggests that the EU as a whole is ‘halfway towards gender-equality‘, but with significant variations across the priority areas addressed by the Equality Strategy, and between countries. This comprehensive statistical overview shows the widest gender gaps to be in the areas of ‘power’ and ‘time’, with women still under-represented in political and economic decision-making, and bearing a disproportionate burden of unpaid care and domestic work. This constrains women’s participation in the labour market, which is still marked by gender segregation and disparity in pay and pensions. Violence is another area where the gender gap is extremely wide. The impact of the economic crisis and policy responses to it has been another area of concern. Whilst research initially highlighted a narrowing of the gender employment and pay gaps, analysts and stakeholders have suggested that women have become increasingly vulnerable as the crisis has progressed.

During the period covered by the Commission’s most recent progress report, a number of measures for addressing gender gaps and accelerating gender equality were initiated or pursued, including funding for Member States to invest in childcare, promote women’s participation in the labour market and campaign against gender-based violence. In the key areas of power and time, initiatives also included Commission proposals to update the 1992 Maternity Leave Directive and for a Directive on gender balance on company boards, both of which are awaiting consensus in the Council. On the former, in December 2014, the Commission gave the co-legislators six months to break the stalemate in the negotiations, or else it would propose a ‘more modern initiative’. On the latter, the Italian Presidency suggested a flexibility clause and to extend the deadlines for implementation and reporting.

Parliament has taken a proactive stance on advancing gender equality. During the previous term, it adopted resolutions on the impact of the crisis on gender equality and women’s rights and on combating violence against women, and strongly endorsed the proposed directives on maternity leave and gender balance on company boards. An own-initiative resolution on sexual and reproductive health and rights proved controversial and was rejected in plenary and an alternative motion adopted. In January 2015, the Committee on Women’s Rights and Gender Equality (FEMM) adopted a Report on Progress on equality between women and men in the European Union in 2013 (rapporteur Marc Tarabella, S&D, Belgium), which is expected to be discussed in plenary on 9 March, the day after International Women’s Day.

« Roma integration strategies in the EU
Education and training of women »