How the EU budget is spent: AMIF, the EU Fund devoted to asylum and migration issues

In a context of increasing challenges in the policy area of home affairs, the European Parliament has, on many occasions, called for an integrated EU approach to migration, asylum and external borders, endowed with sufficient resources as well as appropriate tools to handle emergency situations. The Treaty on the Functioning of the EU sets the EU’s competence in developing a common policy on asylum, immigration and external border control, based on solidarity between EU countries and fairness to non-EU nationals. In April 2014, in relation to this policy area, the EP and the Council established a specific EU funding programme dealing with asylum and migration for the 2014-20 period: the Asylum, Migration and Integration Fund (AMIF).

Endowed with €3.1 billion, the AMIF aims to contribute, through financial assistance, to the efficient management of migration flows and to the implementation and development of a common EU approach to asylum and migration. The Fund reflects efforts to simplify and streamline the implementation of the EU budget in the area of home affairs, since it replaces three separate funding programmes that operated during the 2007-13 period (with total resources of €2.1 billion).

Around 88% of AMIF resources are allocated to Member States that adopt multiannual national programmes and implement the Fund under shared management. In general, the maximum EU co-financing rate for national projects is 75% (90% in specific cases). In absolute terms, the UK gets the largest national allocation, followed by Italy, France, Greece and Spain. The predecessors to the AMIF offer examples of the range of measures that can be co-financed. On asylum-seekers and refugees, measures aim to ensure full and effective implementation of the Common European Asylum System (CEAS), with past projects including, for instance, support and practical assistance to unaccompanied minors. In the fields of legal migration and integration, initiatives seek to support the national integration strategies of Member States, as well as their national legal migration strategies, for example through language education and intercultural mediation for newly arrived migrants. As regards irregular immigration and return, support can go to voluntary return schemes, forced return operations, mechanisms for monitoring forced returns, investment in detention facilities and development of alternatives to detention. 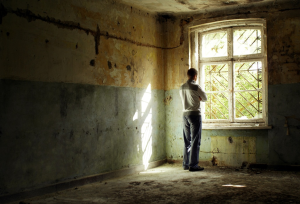 In line with the EP’s efforts to strengthen tools promoting solidarity between EU countries, the AMIF endows resettlement, relocation and specific actions with €360 million for 2014 to 2020. For example, in addition to the national allocation assigned, taking into account statistical data on migration flows, Member States are entitled to receive a lump sum for each person resettled on their territory from a third country under the Union Resettlement Programme and for each transfer of a beneficiary of international protection that they accept from another EU country (relocation).

The remainder of the AMIF is implemented through direct manage­ment (European Commission) or, in some cases, indirect management to support transnational schemes or measures of particular interest to the EU (‘Union actions’), emergency assistance, techni­cal assistance and the European Migration Network. Union actions can promote practical cooperation between relevant authorities in different Member States.

Audits and evaluations of past programmes have highlighted both strengths (e.g. positive results of most of the projects audited) and weaknesses (e.g. lack of proper monitoring and evaluation systems and excessive administrative burden). One challenge identified was the need to enhance emergency mechanisms to respond to crises. For 2014 and 2015, the European Commission has put aside €50 million of AMIF resources to address the urgent and specific needs of Member States. A recent example of emergency funding comes from February 2015, when €13.7 million was allocated to Italy to help the country tackle the high influx of asylum-seekers.

The EU’s other main programme in the area of home affairs is the Internal Security Fund (ISF), whose instrument for financial support for external borders and visa is endowed with €2.76 billion for 2014-20 and tackles issues often closely related to asylum and migration topics. Furthermore, external action funding programmes may also support activities relating to migration and asylum, and notably their external dimension, with a view to strengthening cooperation with third countries. In addition to funding programmes proper, the EU may launch pilot projects and preparatory actions, often at the initiative of the EP. A recent example is an initiative supporting victims of torture.

As regards decentralised agencies, the European Asylum Support Office (EASO) seeks to promote practical cooperation among EU countries on asylum, supporting those under particular pressure in this field and helping with implementation of the CEAS. The related field of border management is covered by the activities of Frontex, the European Agency for the Management of Operational Cooperation at the External Borders of the Member States.

This briefing is the second in a new EPRS series, ‘How the EU budget is spent’, which aims to provide an overview of the EU’s funding programmes and their key features.