Heads of State or Government from the EU and the Republic of Turkey[1] will meet on 29 November 2015 in Brussels to further strengthen EU-Turkey relations while discussing the management of the ongoing migration crisis. The meeting is expected to result in a number of political and financial commitments, including the finalisation of the Joint Action Plan on support of refugees and migration management, the acceleration of the visa liberalisation process with Turkey and the opening of more negotiation chapters in the accession process. 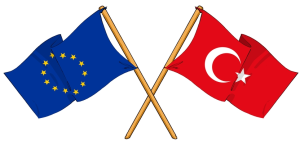 One of the main EU actions under the joint action plan – proposed by the European Commission -will be the establishment of a Turkey Refugee Grant Facility. This instrument will mobilise funds to help Turkey receive and host refugees. It is expected that a total of three billion euro will be allocated over the next two years, and that it will be funded by both the EU budget and the Member States[2]. The meeting is likely to reiterate the call to accelerate the visa liberalisation process with Turkey.

European Council President Donald Tusk stressed that ‘the meeting will mark an important step in developing [EU-Turkey] relations and contribute to managing the migration crisis’. It is expected that the EU-Turkey summit will also re-energize the enlargement process and lead to the opening of further chapters in the negotiation process for Turkish EU Membership.

MEPs expressed concerns relating to Turkey’s respect for human rights and with regard to the proposal to classify Turkey as a safe country.

Relations between Turkey and Russia

The shooting down of a Russian bomber jet allegedly violating Turkish airspace on 23 November 2015 may undoubtedly be discussed at the meeting. The incident has already led French President François Hollande to abandon his plans to include Russia in an international coalition against Islamic State. The European Parliament also addressed Turkish-Russian relations in the context of the plenary discussion on the outcome of the Valletta Summit of 11/12 November 2015 and of the G20 summit of 15/16 November 2015.

[1] The official invitation was addressed to Turkish President Recep Tayyip Erdoğan, but may be replaced by the Prime Minister Ahmet Davutoglu.

[2] Discussions on the exact division of contributions between the EU budget and individual Member States are ongoing.

Download this publication on ‘Outlook for the 29 November 2015 meeting of the Heads of State or Government of the EU with Turkey‘ in PDF.

The European Council Oversight Unit within the European Parliamentary Research Service (EPRS)monitors and analyses the delivery of the European Council in respect of the commitments made in the conclusions of its meetings, as well as its various responsibilities either in law or on the basis of intergovernmental agreements.
View all posts by ECOS »
« The History of European electoral reform and the European Elections Act
Climate summit in Paris [What Think Tanks are thinking] »