What is the EU doing to reduce food waste? 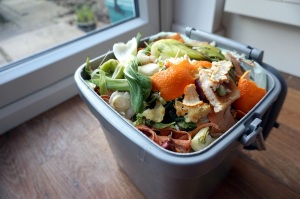 In the EU, food waste is estimated at some 88 million tonnes in a single year, which equates to 173 kilograms per person. The total amount of food produced in the EU in 2011 was around 865 kg/person. This means that we are wasting 20 % of the total food produced. In this context, citizens turn to the European Parliament to request information on what the EU is doing to reduce food waste, as well as calling for European legislation to end food waste in every country in Europe, including several petitions introduced on this matter.

The European Parliament has repeatedly called for EU and national measures to improve the efficiency of the food supply and consumption chains, sector by sector and to tackle food wastage as a matter of urgency. In its resolution of 19 January 2012 on ‘how to avoid food wastage: strategies for a more efficient food chain in the EU’, the Parliament calls on the Commission to create specific food waste prevention targets for Member States, as part of the waste prevention targets to be reached by 2014 and as recommended by the 2008 Waste Framework Directive. It also urges the Council and the Commission to designate 2014 the European Year against Food Waste, ‘as a key information and awareness-raising initiative for European citizens and to focus national governments’ attention on the important topic, with a view to allocating sufficient funds to tackle the challenges of the near future’.

On 2 December 2015, the European Commission launched an EU action plan for the Circular Economy setting food waste as one of the priority areas of the plan. The plan aims to support the circular economy through the whole value chain, from production to consumption by, inter alia, developing a common EU methodology to measure food waste, defining relevant indicators and taking measures to clarify EU legislation relating to food.

In line with the requirements set out in the action plan, the Commission established the EU Platform on Food Losses and Food Waste on 1 August 2016, with the aim of supporting all players in identifying and taking actions needed to meet the United Nations’ Sustainable Development Goals (SGD) commitment of 2015 to ‘halve per capita food waste at retail and consumer level by 2030, and reduce food losses all along the production and supply chains’.

The Commission’s report on the implementation of the Circular Economy Action Plan, presented in January 2017 to the European Parliament, the Council, the European Economic and Social Committee and the Committee of the Regions lists some of the actions delivered by the Commission since the launch of the plan in December 2015.

Additional measures to be undertaken in 2017, as part of the Circular economy action plan include a strategy for plastics in the circular economy, an assessment of options for the improved interface between chemicals, products and waste legislation, a legislative proposal on water reuse and a monitoring framework on circular economy.

Despite these efforts, the European Court of Auditors in its Special Report No 34/2016 on combating food waste: an opportunity for the EU to improve the resource-efficiency of the food supply chain, concludes ‘that action to date has not been sufficient and that the EU strategy on food waste has to be strengthened and better coordinated’. It also calls on the Commission to ‘explore ways of using existing policies to better fight food waste and loss’. Further information on the report is available in the Court of Auditor’s press release of 17 January 2017.

In the EP resolution of 16 May 2017 on initiative on resource efficiency: reducing food waste, and improving food safety, MEPs stress once more the urgent need to reduce food waste at the levels fixed by the 2030 agenda for sustainable development, as ‘less food waste would mean more efficient land use, better water resource management, and positive consequences for the whole agricultural sector worldwide’, bringing also, among other things, ‘environmental benefits and advantages in social and economic terms, and calls for a series of concrete measures’ For further details, see also the EP press release of 16 May 2017.

Parliament’s Think Tank has produced a series of publications on the situation concerning food waste in Europe and the various measures taken at EU and Member States level to address the issue. The European Parliament infographic of 15 May 2017 highlights the scale of the problem.

See also the Commission’s website, which includes a set of good practices in food waste prevention and reduction, as well as a range of communications materials.

Do you have any questions on this issue or another EP-related concern? Please use our web form . You write, we answer.

The Citizens' Enquiries Unit provides information on the activities, powers and organisation of the European Parliament. You ask, we answer.
View all posts by Ask EP »
« How the Budget is spent: Youth Employment Initiative
Achieving a sovereign and trustworthy ICT industry in the EU »