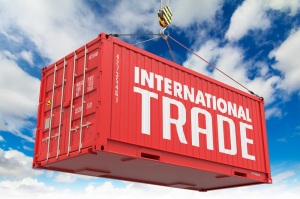 The escalating trade conflict between the United States (US) and China has dampened economic growth in the European Union and other regions of the world, analysts say, and poses a further question mark over the continuity of the post-Cold War rules-based order. The EU is seeking to position itself as a defender of the multilateral rules-based system in the context of growing economic nationalism. The EU will need to coordinate closely its trade and climate policies, and think clearly about how best to defend its economic interests in the challenging new geopolitical environment facing the incoming European Commission.

This note offers links to a series of recent commentaries and reports from major international think tanks and research institutes on international trade policy. More reports on trade can be found in a previous edition of ‘What Think Tanks are thinking’ published in June 2018.

The coming clash between climate and trade
Bruegel, August 2019

The winners and losers of the US-China trade war
Atlantic Council, August 2019

The US-China trade dispute: What impact on the circular economy?
Chatham House, August 2019

Isolation or integration: Why the EU Free Trade Agreement the Brexiters want is not deliverable
European Centre for International Political Economy, July 2019

A reflection on the Mercosur agreement
Bruegel, July 2019

Why is it hard for China and the US to cut a deal on trade?
Brookings Institution, July 2019

China and the World Trade Organisation: Towards a better fit
Bruegel, June 2019

Between partnership and punitive tariffs: Prospects for a new US-EU trade agreement in the new Congress
Friedrich Ebert Stiftung, June 2019

From trade diplomacy to economic warfare: The international economic policy of the Trump Administration
Fundacion Real Instituto Elcano, May 2019

European elections or: How to learn to stop worrying and be positive about trade in the future
European Centre for International Political Economy, May 2019

What is in store for the EU’s trade relationship with the US?
Bruegel, May 2019

Read this briefing on ‘International trade‘ in the Think Tank pages of the European Parliament.