Using different indicators, the paper looks at the aid paid by the EU to the six countries, under the European Neighbourhood and Partnership Instrument (ENPI) as well as other instruments. It shows the amount paid over the whole period 2001-2011, the breakdown per year, per country and by sector for 2011, and finally, the difference in percentage terms between ENPI and the other instruments. It shows gross domestic product (GDP) for those countries relative to EU GDP for the 2001-2011 period. Inward foreign direct investment (FDI) and trade in goods are considered, as well as the employment rate. Three indexes are presented to give a global view of the corruption perceived in those countries, the level of human development and the level of civic and political freedom. 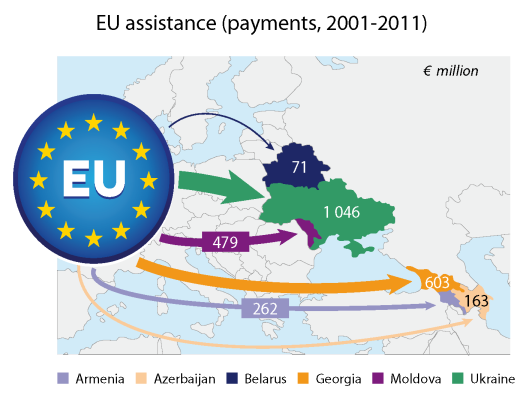 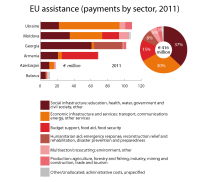 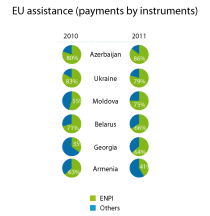 Freedom in the world rating of Eastern Neighbourhood countries (2012)

4 thoughts on “The EU’s eastern neighbours”