What changes are planned to end seasonal clock changes? 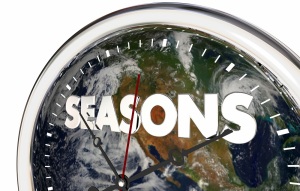 Citizens’ frequently send enquiries to the European Parliament on the topic of seasonal clock changes. Whereas some citizens call on the institution to abolish the current summer and winter-time arrangements, others are in favour of keeping them.

The current EU legislation defining summer-time as ‘the period of the year during which clocks are put forward by 60 minutes compared with the rest of the year’, as well as its beginning ‘on the last Sunday in March’ and ending ‘on the last Sunday in October’, is Directive 2000/84/EC on summer-time arrangements. The directive states that a common date and time for the beginning and end of the summer-time period throughout the EU ‘is important for the functioning of the internal market’.

Following the European Parliament’s resolution of 8 February 2018 and a public consultation on summer-time arrangements, the European Commission presented a proposal for a directive discontinuing seasonal changes of time and repealing Directive 2000/84/EC on 12 September 2018. The Commission proposes that ‘Member States shall not apply seasonal changes to their standard time or times’ (Article 1).

The new directive should apply from 1 April 2019 and aims ‘at contributing in a determined manner to the smooth functioning of the internal market’. The proposal also underlines that ‘it is desirable that Member States take the decisions on the standard time that each of them will apply as from 2019 in a concerted manner’.

Further information on the legislative procedure is available in file 2018/0332(COD) of the European Parliament’s Legislative Observatory.

The Commission’s proposal is accompanied by the report of results of the public consultation on EU summer-time arrangements carried out from 4 July to 16 August 2018.

The public consultation gathered European citizens’, stakeholders’ and Member States’ views on possible changes to the current summer-time arrangements and followed the Parliament’s resolution, as well as a number of requests from citizens and from certain EU Member States. The consultation received around 4.6 million replies. According to the results, 84 % of the respondents were in favour of discontinuing the bi-annual clock changes.

The European Commission opened a feedback period on the proposal for a directive (17 September – 12 November 2018).

Summer-time arrangements have also been the subject of a number of parliamentary questions and petitions.

The European Parliamentary Research Service (EPRS) published the study ‘EU summer-time arrangements under Directive 2000/84/EC‘ in October 2017. The European Commission website on Mobility and Transport and the fact sheet on ‘State of the Union 2018: Q&A on the Commission’s proposal to put an end to seasonal clock changes‘ provide further information on the issue.

Continue to put your questions to the Citizens’ Enquiries Unit (Ask EP). We reply to you in the EU language that you use to write to us.

3 thoughts on “What changes are planned to end seasonal clock changes?”