Transport is not a problem any more!

On 16 October 2012 the European Transport Forum hosted a conference on the funding of European transportation networks.

Transport is the lifeblood of the European economy!

Taking inspiration in the 2010 Monti report on the new Strategy for the Single Market, EC Commissioner for Transport, Siim Kallas, said that a truly integrated Single Market would not be possible without a seamless connection between all its component parts. “Despite numerous efforts over the decades, the European Union has not yet achieved a single transport market”, Mr Kallas told the participants. He highlighted several problem areas: rail and maritime competition, the Single European Sky (SES), missing links in the TEN-T. The Commissioner further gave an overview of the traditional funding regimes (national and regional schemes, EIB, PPP). The newly created project bonds of the Connecting Europe Facility (CEF) are meant to attract and involve more the private sector in infrastructure investments. Investments in key infrastructures with strong EU added value can boost Europe’s competitiveness in a difficult economic context, marked by slow growth and tight public budgets. 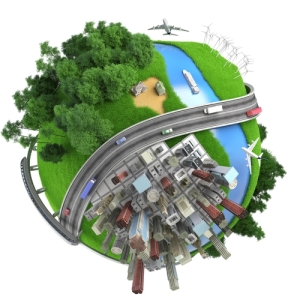 The conference was organized around two panel debates. The first debate focused on the crucial role transport infrastructure plays in reviving economic growth in Europe. According to MEP De Backer (ALDE, BE) not investing in transport infrastructure would be a big mistake. He agreed with Mr Kallas that this investment should be accompanied by several conditions: the private sector should be more implied in infrastructure projects and these projects should have a cross-European and economic added value.

MEP Göran Färm (S&D, SW) of the EP Budget Committee said that the contribution of the EU to infrastructure investment was absolutely necessary because of the certain leverage effect it has on the other partners. Lack of investment in the past has lead to the failed Lisbon strategy. “Whereas goods and people are and will always be on the move, our economy is not”, he stressed. He warned member states that cutting the grants would also be a big error: they are to be separated from the new project bonds as a financing instrument.

Mr Boeuf of the European Investment Bank accentuated the importance of investment in and a balance of all (economic) sectors. Representing the private sector, Mr Déau had but one key message for the political deciders: consistency which encompasses a pragmatic framework policy, a long-term vision and good projects.

All participants agreed that smart, sustainable and fully interconnected transport, energy and digital networks are a necessary condition for the completion of the European single market. It was repeated that Member States will not fill in the bottlenecks or the missing links in the trans-European networks. The call for a real sustainable development was clear: besides the pan-European and economic value of the projects, social and ecological benefits should be taken into account, as well as the needs of all transport users.

The best mode for the right job!

The second panel discussion looked at how infrastructure could relieve congestion in and around cities. MEP Ayala Sender (S&D, ES) gave an overview of the most important issues that were tackled in the EP CEF draft report: relieve congested cities, environmental challenges, less polluted transport, railway corridors, opening up of ports and airports, urban nodes and bottlenecks.

Discussions and interventions showed there was still a lot of work to be done: maintenance and upgrading of existing infrastructure, stimulating public acceptance of transport needs, the problem of the last urban freight mile, paving the way for a real co-modality (and not trying to pinpoint on one mode in particular), finding solutions for the growing freight transport market, integration of transport costs and road pricing, convincing Member States to adopt a European vision in transport.

Perhaps transport in general and the CEF in particular can help to overcome national tendencies and contribute to a truly integrated single transport market with a European identity where people and goods can freely circulate! After all, if the European project is about anything, it is about connecting people!

“A new Strategy for the Single Market at the service of Europe’s economy and society“. Report by Mario Monti to the President of the European Commission, 9 May 2010, page 64-65.

Bikes instead of lorries

Rail transport is good but not good enough, yet. (internal link)

How congested are European cities?