Ageing of the European Union (EU) population has a major impact on society and in terms of economics. A decreasing birth rate and an increase in life expectancy are expected to transform the shape of the EU’s age pyramid and also raise the median age.

In the 50 years from 2010 to 2060, the population aged 65 or over as a proportion of the working age population (aged 15-64) will almost double, rising from one older person for every four workers to one for every two. Persons active in the labour force will face an increasing tax burden and higher social contributions in order to support their elders. Alternatively, older citizens will need to accept lower levels of support and services or a higher pension age.

This spotlight highlights the major changes projected to take place in the five decades from 2010. It looks at the age profile of the EU population and shows the expected evolution in life expectancy, median age and labour force in Member States. Finally it shows the implications of an ageing society on social expenditure on old-age pensions, healthcare and long-term care. 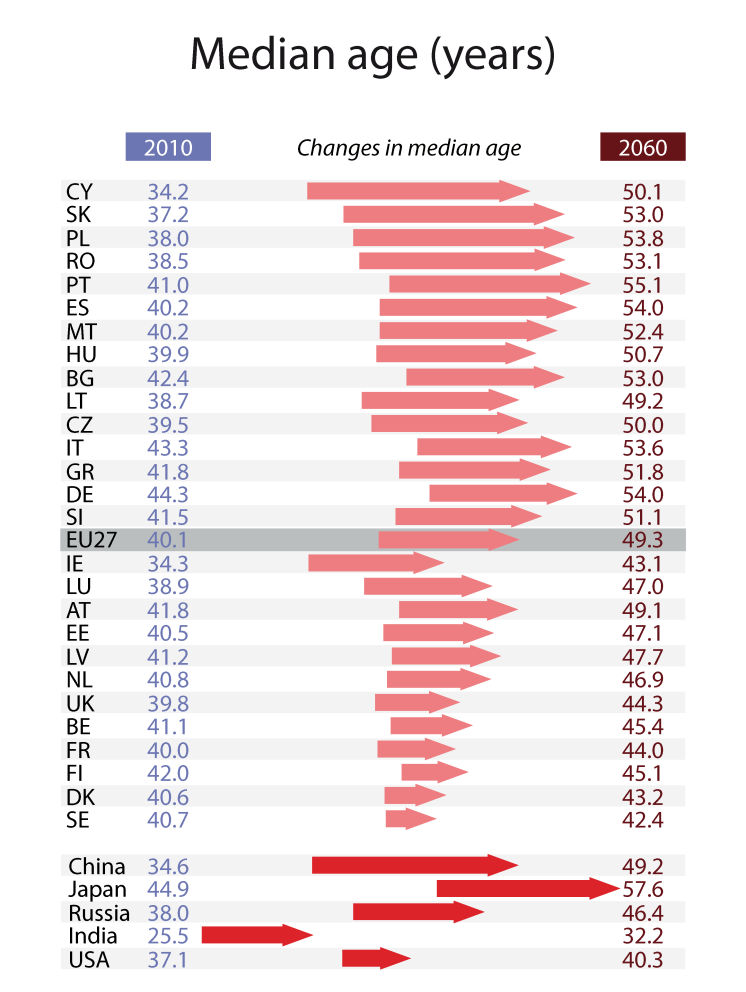