How the EU budget is spent: Rights, Equality and Citizenship 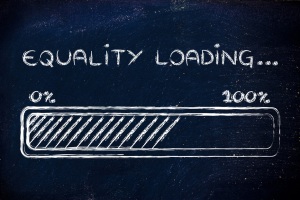 With a financial envelope of nearly €440 million for the period 2014-2020, four main financing actions and nine specific objectives, the Rights, Equality and Citizenship Programme (RECP) is a European Union (EU) funding programme aiming to protect equality and the rights of persons, as enshrined in the Treaty on the Functioning of the European Union, the Charter of Fundamental Rights of the EU and the international human rights conventions to which the EU has acceded.

The RECP replaced three programmes in the field of security and citizenship, namely: the Fundamental Rights and Citizenship Programme – aiming to strengthen the policy area of Freedom, Security and Justice; three Daphne Programmes – focused on assisting civil society organisations active in the field of fundamental rights; and the Progress Programme – supporting implementation of EU objectives in employment, social affairs and equal opportunities. All the benefits for European citizens that were spread across these different programmes are now gathered within the same funding programme.

Implemented through grants and public procurement, The RECP has objectives ranging from the promotion of non-discrimination to the enforcement of consumers’ rights, passing through data protection, gender equality and rights of the child. The variety of actions funded through the RECP include awareness-raising and training activities, as well as support to key European actors involved in the protection of equality and the rights of persons (e.g. Member State authorities implementing European Union law). In 2015 alone the RECP awarded over €39 million in grants and channelled €17 million in public procurement.

RECP expenditure will undergo its first assessment in 2018. This evaluation, conducted by the European Commission, will be based on eight indicators, ranging from the number of persons and groups reached by activities funded by the RECP, cases of cross-border cooperation, geographical coverage and the number of applications and grants awarded.

Read the complete briefing on ‘Rights, Equality and Citizenship‘ in PDF.