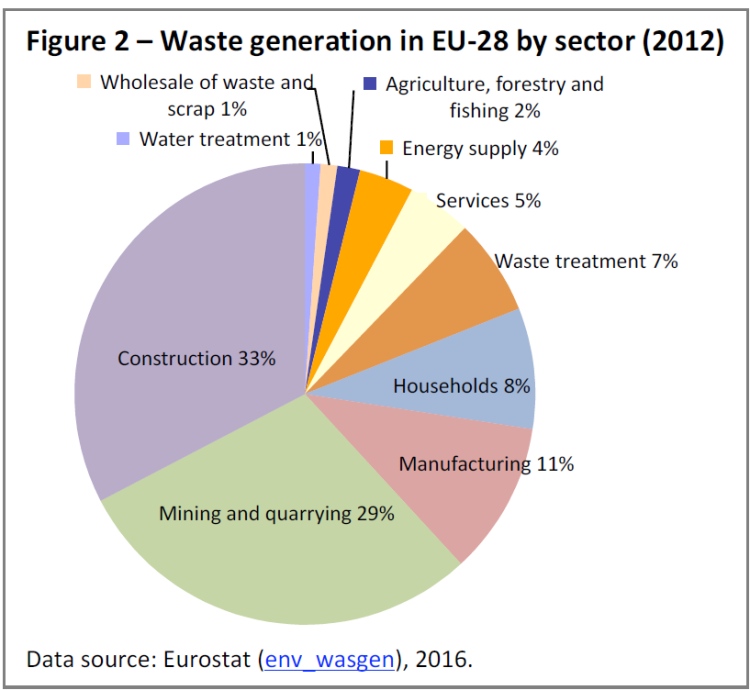 The amount of waste generated in the European Union (EU) appears to be declining. According to the European Environment Agency (EEA), between 2004 and 2012 waste generation from manufacturing and services sectors in the EU-28 and Norway declined
by 25% and 23% respectively, despite respective increases of 7% and 13% in sectoral economic output. Meanwhile, total municipal waste generation in EEA countries declined by 2%, despite a 7% increase in real household expenditure. However, 2.5 billion tonnes of waste (or about 5 tonnes per capita) are still generated each year in the EU. Figures 2 and 3 show the breakdown of waste generated by sector and by type.