Asylum applications in Serbia in the first half of 2016 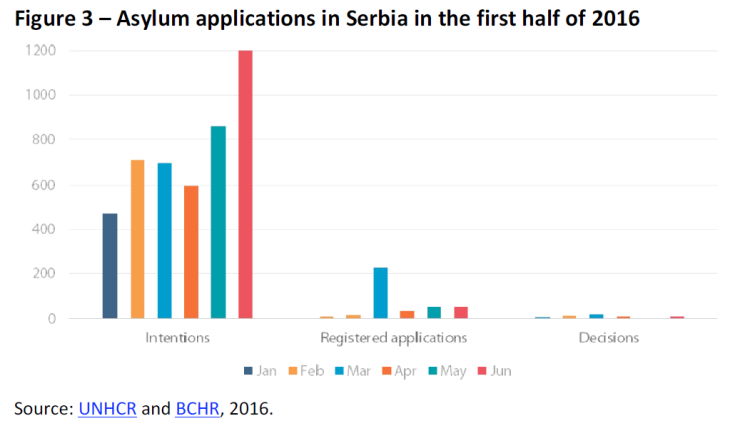 Asylum applications in Serbia in the first half of 2016

The asylum procedure consists of four stages: regular, first appeal, second appeal, and then subsequent application. There is no accelerated or border procedure (for border or transit zones, or for vulnerable groups). Proceedings are administrative (Asylum Office, Asylum Commission) and judicial (Administrative Court and Supreme Court of Cassation). After stating orally their intention to seek asylum in Serbia, asylum-seekers receive a certificate which has to be ‘recorded’ in writing within 72 hours. While it does not start the asylum procedure, it affords mobility and accommodation within the country.