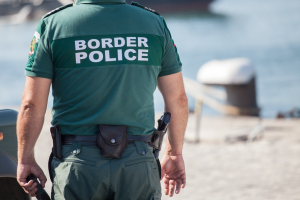 In December 2015, the European Commission proposed setting up a European Border and Coast Guard System (EBCGS), building on the European Agency for the Management of Operational Cooperation at the External Borders of the Member States of the EU (Frontex). The proposal would introduce a supervisory role and a ‘right to intervene’ in situations at the border requiring urgent action; expand Frontex’s operational tasks and its prerogatives on processing personal data; and reinforce fundamental rights and transparency safeguards.

Commentators and stakeholders had raised concerns on respect for fundamental rights, division of competences between the EU and Member States and the adequacy of the suggested individual complaint mechanism. The text agreed by the EP and Council expands the Agency’s prerogatives on return operations, on migration management, the fight against cross-border crimes, and search and rescue operations. Fundamental rights safeguards and the Agency’s accountability vis-à-vis the EP and Council have been strengthened. If a Member State opposes a Council decision to provide assistance, putting the Schengen area at risk, other EU countries may temporarily reintroduce internal border controls.

With the regulation signed on 14 September, the new European Border and Coast Guard was launched on 6 October 2016.

« The choice of the President of the European Council: Frequently Asked Questions (FAQ)
Russia and security in Europe [What Think Tanks are Thinking] »