Published on October 24, 2018 in Use of the Schengen Information System for the return of illegally staying third-country nationals [EU Legislation in Progress] ⋅ Full size is 982 × 695 Pixels ⋅ Leave a comment 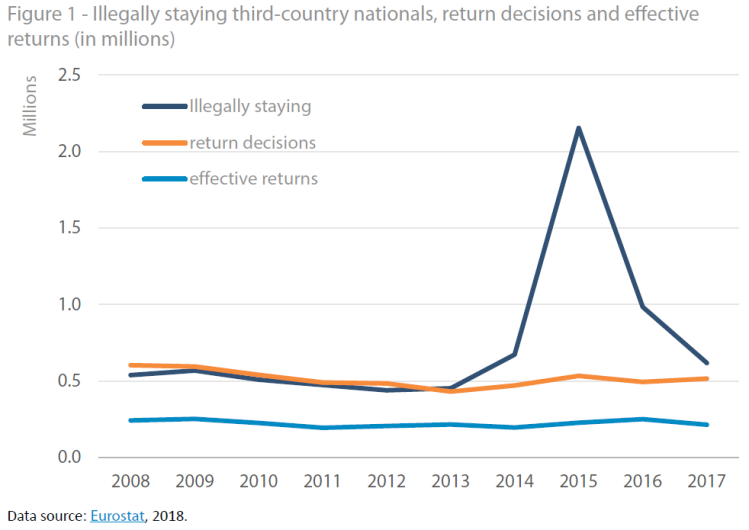 The number of apprehended third-country nationals staying illegally in the EU grew considerably in recent years, reaching 2.1 million in 2015, but dropping to 618 780 in 2017. While the number of return decisions issued by EU Member States between 2008 and 2015 remained relatively constant at about half a million per year, the number of effective returns has trailed, at a yearly rate of around 200 000 (see Figure 1), with a total of 188 905 in 2017. Apart from exposing deficiencies in the EU’s external border management, the unprecedented influx of irregular migrants, which began in 2013, has aggravated the effectiveness of the EU return system. The widening gap between the number of people staying illegally in the EU and the number of people effectively returned undermines the credibility of the EU return policy and generates incentives for irregular migration.