NATO and EU defence [What Think Tanks are thinking] 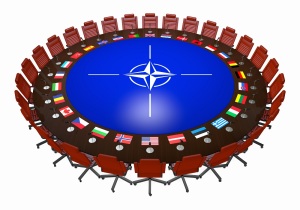 The US President, Donald Trump, will meet with the other leaders of the NATO member states at a summit in Brussels on 25 May 2017. Among issues on the table are the new US Administration’s commitment to Europe’s security, and the levels of military spending in Europe, which Washington considers too low. President Trump’s early statements created doubts in Europe about the future of transatlantic relations, but he and his officials have since reassured both NATO and the European Union that such ties will remain very important.

This note offers links to commentaries, studies and reports by major international think tanks, on NATO, its relations with the EU and the wider issue of European security. More papers on the topics can be found in a previous edition of ‘What Think Tanks are thinking’, published in December 2016.

Strategic autonomy and EU-NATO cooperation: squaring the circle
Egmont, May 2017

Lessons from Russia’s operations in Crimea and Eastern Ukraine
Rand Corporation, May 2017

Trapped in the twilight zone? Sweden between neutrality and NATO
Finnish Institute of International Affairs, April 2017

European relations with Russia: Threat perceptions, responses, and strategies in the wake of the Ukrainian crisis
Rand Corporation, April 2017

France and the future of European defence
Friends of Europe, April 2017

The UK and the Western alliance: NATO in the new era of realpolitik
Policy Exchange, March 2017

How we have become an enemy in the eyes of Russia: The EU as portrayed by Kremlin propaganda
Wilfried Martens Centre for European Studies, March 2017

Security is about more than just military spending
Friends of Europe, March 2017

Handling Russia should not be so difficult for the West
Chatham House, February 2017

At the gate: Civil and military protection of Europe’s borders
Clingendael, February 2017

Finding our bearings: European security challenges in the era of Trump and Brexit
Institute of International and European Affairs, January 2017

From Suez to Syria: Why NATO must strengthen its political role
Carnegie Endowment for International Peace, December 2016

EU defence, Brexit and Trump: The good, the bad and the ugly
Centre for European Reform, December 2016

Read this briefing on ‘NATO and EU defence‘ in PDF.

« EP Plenary Session May I: What future for liberalism, multilateralism, and free trade?
European information systems in the area of justice and home affairs: An overview »