Published on May 24, 2017 in Mercury: Aligning EU legislation with Minamata [EU Legislation in Progress] ⋅ Full size is 806 × 806 Pixels ⋅ Leave a comment 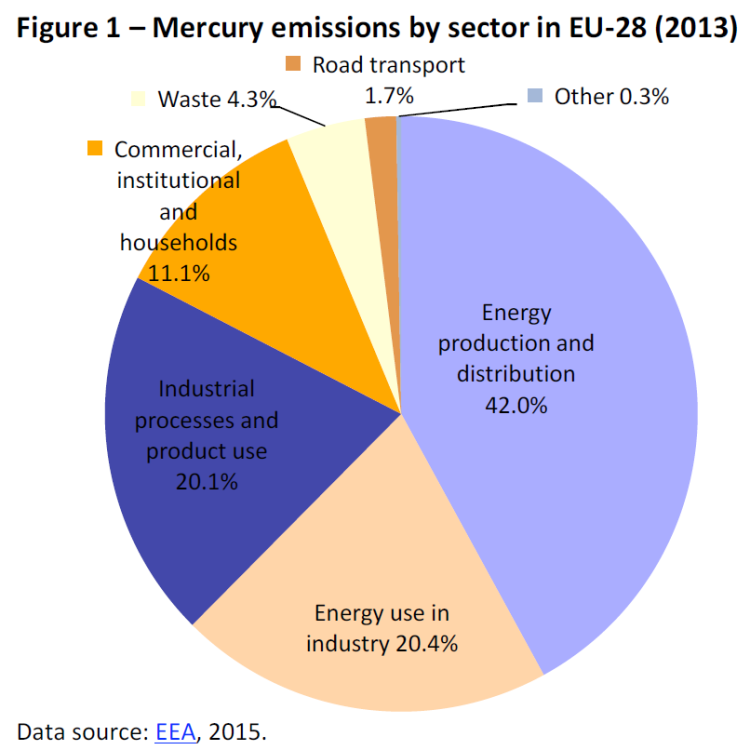 Besides natural release of mercury from volcanic activity and rock weathering, mercury may be released from a range of anthropogenic sources, including: energy production (in particular, from coal combustion); industrial processes (such as cement production, metallurgical processes, and processes using mercury as a catalyst); waste management (in particular, incineration and landfilling); and artisanal and small-scale gold mining. Europe accounts for about 6% of global mercury emissions from human activities. Data published in 2015 by the European Environment Agency (EEA) indicate that, in 2013, EU-28 mercury emissions had declined by 74% since 1990. The main contributors to EU mercury emissions are Poland (17.2%), Germany (17.0%), Italy (13.4%), the United Kingdom (10.1%) and Spain (8.9%). In 2013, the categories ‘public electricity and heat production’ and ‘iron and steel production’ accounted for 51% of total mercury emissions in the EU. For an overview of EU-28 emissions by sector