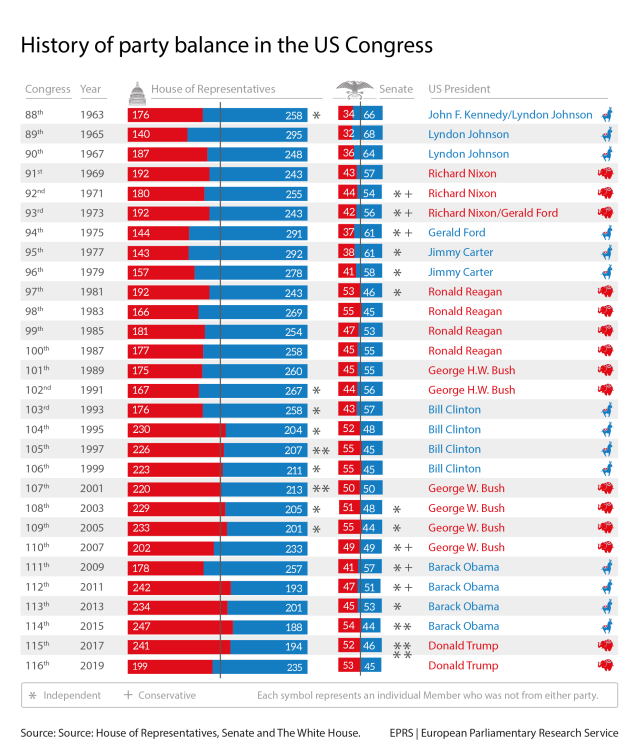 History of party balance in the US Congress

Between the election of Donald Trump to the US Presidency in November 2016 and the mid-term elections of November 2018, the Republicans controlled both chambers of Congress, as well as the White House. However, this situation has been relatively rare since 1969 – it has only occurred in seven of the 25 two-year terms. For example, Bill Clinton and Barack Obama enjoyed a majority in both chambers of Congress only in the first two years of their eight-year terms, while Ronald Reagan and George H.W. Bush were never in this situation. Since the mid-term elections of November 2018, President Trump enjoys a majority only in the Senate.