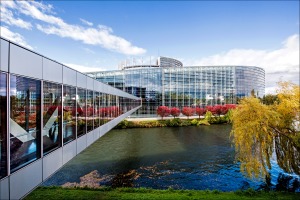 Twin key debates are scheduled on Parliament’s agenda on Wednesday morning, with the appearance of no less than two Prime Ministers. Bulgarian Prime Minister, Boyko Borissov, will present the programme of activities of the Bulgarian Presidency, followed by a debate with the Prime Minister of Ireland, Leo Varadkar, on the future of Europe. The Council and Commission will make statements reviewing the outgoing Estonian EU Presidency, and Donald Tusk, the European Council’s President, is due to report on the meeting of 14 and 15 December 2017, on Tuesday morning. The topical debate this session, scheduled for Wednesday afternoon, will explore the issue of Russia and the influence of propaganda on EU countries, an effect that is becoming pressing for Parliament in the light of the upcoming European elections, which the Parliament’s political groups have agreed should be scheduled for 23-26 May 2019. (The proposed dates have now to be confirmed by the Council.)

The EU’s young people and children are the future citizens of Europe and therefore a high priority for Parliament. A report calling for a Parliament resolution on the implementation of the Youth Employment Initiative is scheduled for debate on Wednesday evening. The report underlines the need to reach out to the most excluded young people, ensure that they receive good quality offers of employment, and that the Commission and Member States set realistic and achievable goals for the initiative. Regarding employment, Thursday morning’s agenda kicks off with consideration of an Internal Market and Consumer Protection Committee report on implementation of the Professional Qualifications Directive and the need for reform in professional services. With the best interests of the child the main concern, Parliament will also debate a report on the proposal to recast the Brussels IIa Regulation governing the jurisdiction, recognition and enforcement of decisions in matrimonial matters and matters of parental responsibility, and international child abduction on Wednesday evening. Parliament’s Committees on Petitions and Legal Affairs consider that the current proposals can be strengthened, particularly in cross-border cases, and to expand the child’s right to be heard in such proceedings.

Many of the issues on the agenda for this session concern, directly or indirectly, good stewardship of our environment for this next generation. On Monday evening, Parliament is due to discuss three of the eight Commission proposals in the clean energy package: a revised energy efficiency directive, a recast directive on the promotion of renewable energy sources, and a new regulation on energy union governance. These measures seek to deliver, by 2020, 20 % improved energy efficiency, for energy consumption to use 20 % renewable energy sources, and strengthened criteria for biofuels. For Parliament’s Committees on the Environment, and Industry, Research and Energy, these ambitions are insufficient (they propose 40 % and 35 % respectively), and their joint report calls for longer-term planning – to 2050. The votes are to take place on Wednesday lunchtime.

Where cooperation on issues such as nature protection or transport benefits all participants, the EU’s macro-regional strategy framework allows countries from the same geographical area to pool together resources, regardless of borders. However, the EP Committee on Regional Development considers that improvements could be made to the implementation of EU macro-regional strategies in respect of commitment to and ownership of the initiatives, resources and governance. A debate on the Committee’s report will be held on Monday evening.

A Commission statement is expected on Wednesday evening on the EU strategy on plastics – an initiative planned under the renewed EU industrial policy strategy measures on the circular economy. An oral question on trade and sustainable development chapters in EU trade agreements, of which the CETA agreement is an example, is also scheduled as the last item on the agenda for Tuesday. The other trade issue on the agenda, later on Tuesday evening, is the proposal to update EU rules on the control of exports, transfer, brokering, technical assistance and transit of dual-use items – goods and technologies that are usually used for legitimate purposes, but that can also be used as weapons, or for torture.

Calling for appropriate inclusion of gender aspects in EU trade and development agreements as well as all aspects of the EU contribution to the United Nations Framework Convention on Climate Change, a short presentation will take place on Monday evening of the Women’s Rights & Gender Equality Committee report on women and gender equality in climate justice. Also on gender issues, an oral question on the fight against trafficking of women and girls for sexual and labour exploitation in the EU is scheduled for Wednesday evening.

The oceans are an important part of our environment, and an Environment Committee report on international ocean governance: an agenda for the future of our oceans, in the context of the 2030 Sustainable Development Goals will be presented on Monday evening. Parliament will debate the proposals for a new framework for fisheries technical measures, which should simplify their application in the conservation of fishery resources and protection of marine ecosystems, on Monday evening. The current technical measures, which govern which fish are caught, where and how, are much derided for their complexity and rigidity. The proposal suggests splitting them into common measures for all fisheries, and a set of regional variants, a move supported by Parliament’s Committee on Fisheries. The European Union is a contracting party to the Convention Area of the South Pacific Regional Fisheries Management Organisation (SPRFMO). Parliament’s Committee on Fisheries considers that the proposal to transpose South Pacific fisheries management measures into EU law so that they are applicable to fishing vessels flying the flag of a Member State has already largely been carried out by the Commission, but makes specific changes to the text to cover use of certain nets that were not addressed. Their report is also on the agenda for debate on Monday evening.

Parliament’s agenda for Tuesday afternoon is reserved for the regular appearance of the Vice-President of the Commission/High Representative of the Union for Foreign Affairs and Security Policy, Federica Mogherini. This plenary session will include statements on EU support to the Colombian peace process, (rejected by the Colombian people); and on the situation in Iran and Kenya. Debates on breaches of human rights, democracy and the rule of law follow on Thursday morning, including cases in Nigeria, the Democratic Republic of Congo, and human rights activists in China.

Finally, following quite some years of legal debate as to whether or not the EU could conclude the Marrakesh Treaty, which aims to facilitate access to published works for persons who are blind, visually impaired, or otherwise print disabled, Parliament is expected to vote on Wednesday evening to give its consent to Council for the conclusion of the treaty. On Wednesday night the Commission will also make a statement to Parliament on the European Cultural Heritage Year 2018.