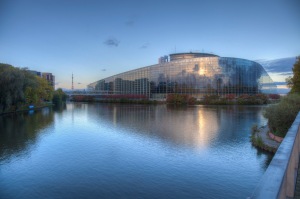 The topical debate on the agenda for this first European Parliament plenary session in February, which takes place on Wednesday afternoon, considers the pressing issue of the consequences of rising socio-economic inequalities for European citizens. Indeed, social governance in the EU is a top priority for the future of Europe – the subject of an intervention from the Prime Minister of Croatia, Andrej Plenković, on Tuesday morning, the second in a series of debates with Member States’ leaders.

The Parliament’s Economic & Monetary Affairs Committee report on the ECB 2016 annual report notes that inflation in the euro area remains stubbornly below target, despite the ECB’s accommodative monetary policy, and that economic growth and unemployment rates are also uneven. The report is scheduled for discussion on Monday evening, when Mario Draghi, President of the European Central Bank (ECB), will participate in the plenary debate. The report calls for plans for the capital markets union and the banking union to be realised. However, it also underlines the importance that the ECB’s next report take account of the risk of possible redistribution of assets to stronger economic actors, to the detriment of individuals and their personal savings, pensions and insurance. The President of the European Investment Bank (EIB), Werner Hoyer, also attends this session to take part in a joint debate scheduled for Wednesday afternoon on EU external action funds and the EU guarantee to the EIB to cover the risks of funding projects in countries outside the EU, particularly those that aim at combatting the root causes of illegal migration to Europe. Parliament’s Committee on Budgets is keen to promote good financial management of the Guarantee Fund for external actions, and has highlighted the need for good financial management of the Fund, including transparency, and a strong focus on development and the consequences of climate change. A Commission statement on the decision adopted on the ‘Fair Taxation’ packages, aiming at building a definitive EU VAT system is also scheduled for Monday evening.

Members of the European Parliament directly represent their voters’ interests when making EU law, and on Wednesday morning, Parliament will consider proposals on the composition of the European Parliament, to redistribute the seats that become vacant after Members from the United Kingdom leave the EU in March 2019. Redistribution among Member States is not a simple matter, as it involves ensuring degressive proportionality is respected, as well as opening issues of institutional balance and voting procedures in Council. Proposals for transnational lists have proved controversial, and the issue is complicated by the proximity of the 2019 European elections. An oral question scheduled for Wednesday also requests clarity on the timescale for Council’s adoption of Parliament’s long-proposed reforms that would strengthen the European dimension of the elections and bring greater electoral equality for the citizens of the Union. One issue of particular concern to citizens, the recent controversy over glyphosate, is highlighted on Tuesday lunchtime, when Parliament will consider setting up a special committee on the EU authorisation procedure for pesticides in the EU. While views on the topic diverge, Parliament’s position is that glyphosate should be phased out by 2022.

Parliament is also expected to vote on a report on cost-effective emission reductions and low-carbon investments late on Monday, as part of the proposed post-2020 reform of the EU emissions trading system (ETS). In line with the EU’s commitments under the Paris Agreement, the EU hopes to reduce greenhouse gas emissions by 40 % from 1990 levels by 2030. Reforming the ETS is key to achieving this ambition, and the proposals on the table reduce greenhouse gas emission allowances by 2.2 % per year from 2021. Support for modernisation and innovation, essential to accelerating the transition towards clean energy in the EU (subject of a report on the agenda for presentation on Wednesday evening), is also included in the plans for reform. The Commission will also make a statement on Monday evening on the reported manipulation of scientific research by multinationals, in the wake of the emission tests on monkeys and humans by the German car industry.

Many European citizens shop online. However, purchasing items is sometimes complicated by a technique known as geo-blocking, as well as other forms of discrimination based on customers’ nationality or residence. These practices, where some online outlets refuse to supply products or services, because the client lives in or is from another country, threaten the EU’s e-commerce and cross-border goods and services markets. On Monday evening, Parliament will vote on a proposal to ban unjustified geo-blocking and discrimination. As some services are excluded from the legislation, the new law will be reviewed after two years, at Parliament’s request, providing an opportunity to extend it to cover digital copyrighted content and audiovisual services.

Looking further afield, recent tension with North Korea has highlighted the combined dangers of nuclear weapons and ballistic missiles that can easily reach European territory. On Wednesday lunchtime, a representative of the Nobel Peace Prize-winning International Campaign to Abolish Nuclear Weapons will address the plenary. The EU is active in addressing the nuclear threat, notably through its work on the nuclear deal with Iran. Vice-President of the Commission/High Representative of the Union for Foreign Affairs and Security Policy, Federica Mogherini, attends the session on Tuesday afternoon to make statements on a number of foreign policy issues. The first of these, and a high priority on the current Bulgarian Council Presidency’s agenda, concerns possible EU enlargement to the Western Balkans. A statement on the situation in Zimbabwe follows, where the forced resignation of Robert Mugabe has yet to lead to democratic reform. Parliament has long opposed the authoritarian Mugabe regime, and the debate will discuss the chances for the country to enter a new era of fair and free elections. The joint debate on Tuesday afternoon focuses on the current human rights situation in Turkey, an important issue in the country’s prospects for achieving EU membership. Mogherini will also make statements later on Tuesday afternoon on the situation in Afrin (Syria), in Venezuela, and on the United Nations Relief and Works Agency for Palestine Refugees in the Near East (UNRWA).

Successive tax scandals, such as the ‘Panama Papers’, have recently highlighted the damage to the EU economy and the lives of its citizens caused by money laundering, often in support of terrorist activities. Parliament will consider an objection to adding Tunisia to the list of countries considered a risk, on Monday evening, particularly in the light of that country’s efforts to reform.

Council and Commission statements on the shrinking space for civil society, and an oral question on the situation of women human rights defenders on Wednesday evening, are followed by the traditional debates on cases of breaches of human rights, democracy and the rule of law scheduled for Thursday morning, including discussion on human rights in Russia, executions in Egypt, and child slavery in Haiti. An oral question scheduled for Tuesday afternoon seeks an account of the Commission’s efforts to support Member States in eliminating female genital mutilation, a practice that affects millions of women and girls, including in the EU, where FGM is also often an element in asylum requests.

Finally, on Thursday morning, the Commission will make a statement on a subject on which many citizens contact the European Parliament; that of the summer-time arrangements by which the clocks change twice a year.