Published on April 17, 2018 in Economic Partnership Agreement with the East African Community [International Agreements in Progress] ⋅ Full size is 804 × 541 Pixels ⋅ Leave a comment 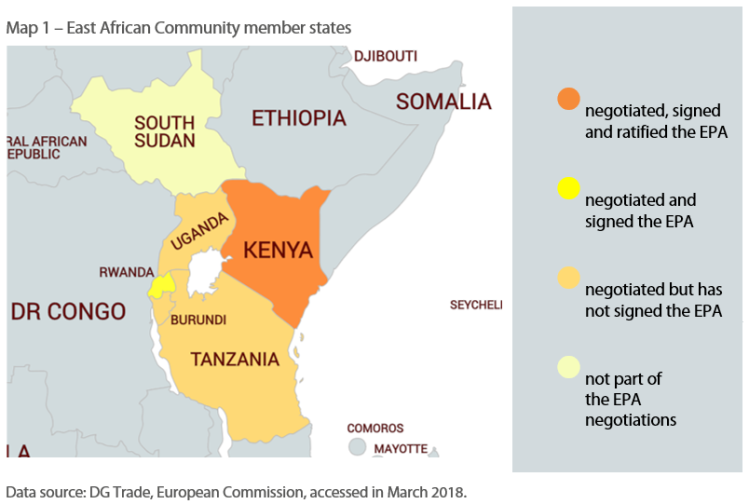 The East African Community (EAC) is one of the groupings having negotiated an EPA with the EU. All EAC members at the time – Burundi, Kenya, Rwanda, Tanzania, and Uganda – were part of the negotiations, which concluded in October 2014. South Sudan, which is an EAC member state since 2016, was not involved in the negotiations, but can become a party to the EPA once it comes into force. However, the EPA is not in force yet, as the signature and ratification process is currently stalled, after EAC members failed to adopt a common position.