Posted by Members' Research Service ⋅ August 27, 2018 ⋅ Leave a comment
Filed Under  My education, online courses, students, What Europe does for you

With European elections coming up in May 2019, you probably want to know how the European Union impacts your daily life, before you think about voting. In the latest in a series of posts on what Europe does for you, your family, your business and your wellbeing, we look at what Europe does for people interested in Massive Open Online Courses.

Are you thinking of upgrading your skills? Online learning is a good way to go back to school without giving up your other activities. Some 23 million new students signed up for their first Massive Open Online Course (MOOC) in 2017, taking the global number of learners to 81 million. If you are in the process of selecting a higher education institution, you may want to choose one of the over 1 700 MOOCs offered by various platforms and universities in the EU.

OpenupEd, launched by the European Association of Distance Teaching Universities and supported by Erasmus+ is a pan-European MOOC initiative. Learners can choose from over 200 MOOCs in the 8 languages of its EU partners plus Russian, Hebrew, Turkish and Arabic. 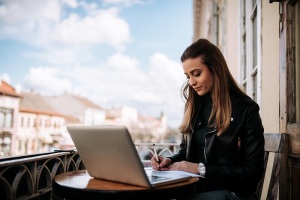 Over 1 million people have enrolled with the EU-supported German platform iversity, one of the few platforms offering online courses that award the European Credit Transfer and Accumulation System (ECTS), which aims to make it easier for students to move between countries. If you want to learn how to ‘Make the most of EU resources for your region or city‘, then the iversity MOOC is the one for you!

Other big MOOC providers in the EU include the British platform FutureLearn, led by the Open University, with 145 partners worldwide and boasting nearly 8 million learners. The Universidad Nacional de Educación a Distancia has a substantial share of MOOCs in Spain. France Université Numérique, the first French digital learning portal, broadcasts 269 MOOCs in 2017 to over 900 000 users worldwide. Are you ready to give it a go?