Small and home producers of alcohol [What Europe does for you]

Posted by Members' Research Service ⋅ September 15, 2018 ⋅ Leave a comment
Filed Under  alcohol, My food and drink, tax, What Europe does for you

With European elections coming up in May 2019, you probably want to know how the European Union impacts your daily life, before you think about voting. In the latest in a series of posts on what Europe does for you, your family, your business and your wellbeing, we look at what Europe does for small and home producers of alcohol.

Home-made alcohol is a much cherished tradition in many parts of Europe. Beers, wines or spirits produced in small quantities come with a local flavour and preserve precious artisanal traditions, providing consumers with an alternative to industrial production.

To ensure a level playing field for small producers, the European Union adopted flexible rules on excise taxes. According to existing EU legislation, all Member States must collect excise taxes on alcoholic beverages at or above a minimal threshold established by the EU. Small breweries (producing up to 20 million litres of beer per year) or distilleries (producing up to 1 000 litres of pure alcohol per year) can benefit from a reduced rate (up to 50 % off standard duties). Moreover, home-made wines, beers and other fermented beverages, for own consumption, may be fully exempted from excise duties. 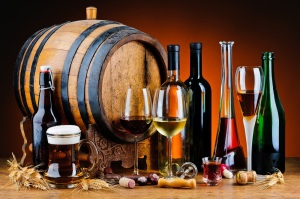 The European Commission began a public consultation in 2015 on improving the existing rules and the strong growth of micro-breweries and distilleries is acknowledged in its assessment. Possible changes could be reduced excise rates for small wine producers and no duty on private ethyl alcohol production, but this latter is a divisive issue for national governments. The Commission has yet to decide whether it will make a legislative proposal.

Small producers who export their products or sell them to larger companies for further processing and commercialisation also benefit from EU internal market rules on mutual recognition of products, and from the EU system of geographical indications that protect locally made products.

« International Day of Democracy, 15 September
Young taxpayers [What Europe does for you] »