Global Trends to 2035: Economy and society 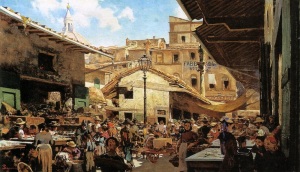 Machiavelli wrote about the difficulty of spotting evils before they hatch; this is a good reason to build expertise about developments in the world around us. A new EPRS publication does this by analysing economic and social trends to 2035. It does not shy away from coming challenges.

By 2035, the EU-27 may not be among the world’s three biggest economies. This reflects not only China’s rise, but also that of India. However, the rapid growth of emerging economies can benefit European industry; the EU has already adjusted to the rise of China.

At the same time, liberal and democratic values may have a reduced role in shaping global governance. Europe faces a future in which it will have less scope to shape international events. Hopes that prosperity would lead China towards democracy and a market economy have been dashed. One issue to watch is whether China will come to accept the free movement of capital; this would complicate central control of its economy.

A data-driven and nuanced analysis of inequality both within and between countries provides several important insights. As a generalised trend, an increase in inequality throughout the EU cannot be confirmed; but perceptions of inequality have their own significance. There are strong differences between developments in Europe and in the United States, where the influential Harvard economist Ken Rogoff recently concluded that ‘We live in an era of rising inequality and falling income shares for labour relative to capital. Governments need to do more, not less, to redistribute income and wealth.’

There has been some convergence towards greater prosperity between regions in the EU. Several newer Member States have done especially well. But progress is not automatic, and North-South convergence has been lacking. The study emphasises the role of education and investment in R&D in promoting stronger growth. It also notes that strong governance (including low corruption and fair taxation) is key to better outcomes.

The study also includes an exercise in text analysis, in order to identify new trends. One finding is that the term ‘income inequality’ only came to the fore in the present decade. It is tempting to see this as an outcome of the 2008 financial crisis.

Following a close look at major trends, the study addresses different future scenarios. Among these, the outliers are low growth and low convergence, and high growth and high convergence. This chapter includes a look at the economic policy implications of populist parties entering government in EU Member States.

Building a culture of foresight

This study is part of a broader effort to develop foresight capacity for the European Parliament. It was commissioned by EPRS and drawn up by the Centre for European Policy Studies. Daniel Gros is lead author, with Cinzia Alcidi leading a strong team of co-authors. The work complements earlier work produced or supervised by the Global Trends Unit, including the external ‘Geopolitics and international power’ study and three editions of the EPRS Global Trendometer.

This new publication offers Members of the European Parliament an up-to-date view of global economic and social trends, and a glimpse of their implications for the EU over the coming decades.