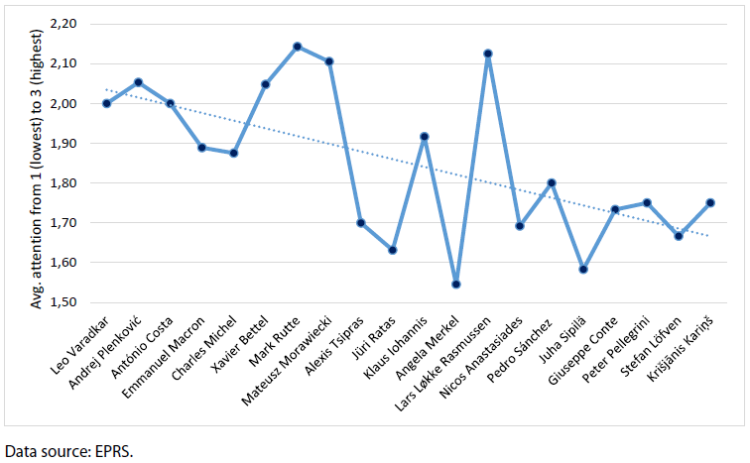 Next to the number of topics mentioned, another dimension to be considered is the time speakers spent on each of the topics mentioned in their respective speeches. When divided into three categories (i.e. little, medium and large amount of time spent), one can observe an overall trend of decreasing emphasis on each individual issue when comparing earlier and later speakers. This means that later speakers not only touched upon fewer issues, but also devoted less policy attention to these issues. Looking at individual speakers, differences can be discerned between the number of topics mentioned and the emphasis given to these topics. For example, both Lars Løkke Rasmussen and Mark Rutte mentioned fewer issues on average, but spoke relatively lengthily about each of the topics they raised. Conversely, Estonian Prime Minister Jüri Ratas was one of the speakers mentioning the most topics, but spoke relatively little about each issue. Others, such as the Prime Ministers of Luxembourg and of Poland, both combined a high number of topics with long policy attention to each of the topics they mentioned. (See Figures 4 and 5).