Mapping the costs of non-Europe in the area of freedom, security and justice 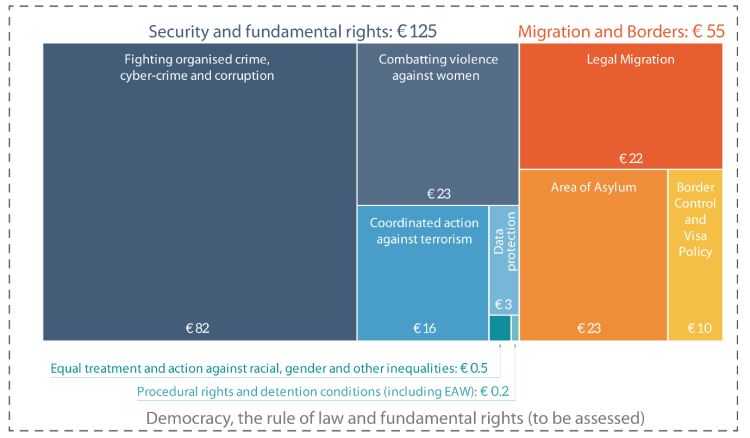 Mapping the costs of non-Europe in the area of freedom, security and justice

Substantial progress has been made since creating an area of freedom, security and justice became a major political objective for the EU 20 years ago. However, EPRS research points to a number of gaps and barriers. In particular, there is a lack of consistent monitoring and enforcement of EU values and norms, as well as outstanding gaps in the EU’s framework in certain areas. These deficiencies have a significant impact at individual level, notably in terms of preventing the effective exercise of fundamental rights by EU citizens and third country nationals alike. For example, negative impacts cumulate along the asylum journey and throughout the lives of victims of discrimination and hate crimes. These deficiencies also have a negative effect on budgetary spending, growth and tax revenue, which is estimated at at least €180 billion annually, with the lack of enforcement of EU values still to be assessed in more detail (see Figure 1). The same research suggests that further EU action in four main areas: 1. monitoring and enforcement; 2. creating safe legal pathways for migrants and asylum-seekers to enter the EU; 3. instilling a European law enforcement culture; and 4. completing the Union’s fundamental rights framework, would have significant benefits. In particular, it could allow individuals to fully enjoy their fundamental rights and make EU society more secure, open, fair and prosperous. This would also foster trust in the EU on the basis of its ability to deliver on its aims.