Ex-ante impact assessment in the EU 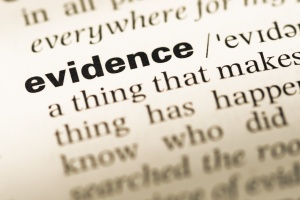 Laws and regulation affect all areas of people’s lives and businesses’ activity. ‘While good regulation is conducive to economic growth and wellbeing, inadequate regulation endangers both’, according to the OECD.

Impact assessments, next to public stakeholder consultations and ex-post evaluations, are tools for better law-making at the EU level. These tools aim to improve the quality of EU legislation. What is ex-ante impact assessment and why is it important for good regulation? Ex-ante impact assessment in the EU context can be defined as an attempt to provide, in advance of legislating, a coherent analysis of the reasoning that lies behind, and the foreseeable effects of, any proposed measure or policy initiative.

The EU and the USA have institutionalised frameworks in place to support evidence-based policy and rule-making. While the ways that regulatory policy is shaped are similar, there are also some differences.

Ex-ante impact assessment as an integral part of better regulation

The term ‘better regulation’ has been high on the agenda in Brussels since Jean-Claude Juncker, (now former) European Commission President, made it a top priority in 2015. At that time, the European Commission, as the EU’s executive, adopted its Better Regulation Agenda, in which it committed to consult and listen more, to give everyone the chance to have a say, to explain its policy initiatives better, to open up to scrutiny, as well as to examine the existing stock of EU legislation.

What did this entail? First, better regulation was included in the portfolio of the (then) Commission’s first Vice-President, Frans Timmermans. Moreover, better regulation was set to cover the whole policy cycle, from planning, adoption, design, implementation, application, to evaluation and revision. The Commission also published Better Regulation Guidelines and an accompanying Toolbox (which were updated in 2017), addressed to Commission staff.

Momentum increased a year later, in 2016, when the main three EU institutions (the European Commission, the European Parliament and the Council of the EU) adopted a new Interinstitutional Agreement on Better Law-Making. In this agreement, the three EU institutions recognised their joint responsibility for delivering high-quality EU legislation. The agreement highlighted ex-ante impact assessment as a key element of better regulation and an important tool for improving the quality of legislation without, however, replacing political decisions. The agreement also provides a common definition of impact assessments in its paragraph 12:

‘Impact assessments should cover the existence, scale and consequences of a problem and the question whether or not Union action is needed. They should map out alternative solutions and, where possible, potential short and long-term costs and benefits, assessing the economic, environmental and social impacts in an integrated and balanced way and using both qualitative and quantitative analyses. The principles of subsidiarity and proportionality should be fully respected, as should fundamental rights.’

The European Commission’s role as the EU executive

The Commission took stock of its better regulation activities in 2019 concluding that ‘there is a general recognition that progress has been achieved across several dimensions since 2015’. The OECD also evaluated the EU better regulation system as among the very best. While progress has undeniably been made, there are also areas for further improvement.

In a 2019 review study, the European Parliamentary Research Service (EPRS) emphasised inter alia the need for a balanced consideration of the three types of impacts. This translates into better assessment and screening of the relevant impacts, while maintaining the principle of proportionate analysis. The EPRS also showed that the description and assessment of policy options needed improvement. The European Parliament (EP) has also criticised the lack of impact assessments, especially in the sensitive field of justice and home affairs, in a considerable number of cases.

Strengthening the European Parliament in its scrutiny role

Indeed, impact assessment work has attracted increasing attention in the European Parliament, which became a full co-legislator (together with the Council of the EU) in 2009. Increasing interest in and commitment to carrying out impact assessments in the Parliament has also contributed to a greater understanding of why and how the European Commission proposes its initiatives.

The European Parliament, as co-legislator at the EU level, has established impact assessment capacities to support and empower it in its scrutiny role. In 2012, the Parliament’s Bureau created a Directorate for Impact Assessment and European Added Value – now within the EPRS. One unit within this Directorate, the Ex-Ante Impact Assessment Unit, routinely issues ‘initial appraisals’, which summarise and evaluate the quality of Commission impact assessments accompanying legislative proposals. These initial appraisals aim to inform parliamentary committees about the rationale and evidence base of the Commission’s proposal.

In addition, this unit also provides, upon request from parliamentary committees, other impact assessment work. This also relates to the commitment taken by Parliament to assess the impacts of substantial amendments whenever necessary and relevant, in line with the 2016 Interinstitutional Agreement on Better Law-Making. The overall goal is to empower Parliament to exercise its scrutiny role as a co-legislator in the EU legislative process. The specific parliamentary context and the political environment characterise the framework in which impact assessment work is conducted in the European Parliament; high quality research must be delivered under defined, usually tight time constraints.

In the current European Commission, the portfolio for ‘Interinstitutional Relations and Foresight’ was allocated to Vice-President Maroš Šefčovič. This means he leads the Commission’s work on relations with other EU institutions, better policy-making and strategic foresight. The mission letter that new Commission President Ursula von der Leyen sent to Vice-President Šefčovič in December 2019 specifies ‘the need for the EU to act together where it matters the most and where it can provide the most added value. To do this, we need to strengthen evidence-based policy-making and identify long-term trends on which we need to act and about which we need to know more.’ The Commission also plans to integrate foresight into better regulation and therefore possibly into impact assessment work.

In the mission letter, President von der Leyen recommitted to better regulation by asking Vice-President Šefčovič to coordinate the Commission’s work in this field. The mission letter also explicitly refers to developing and applying a ‘one in, one out’ principle: ‘Every legislative proposal creating new burdens should relieve people and businesses of an equivalent existing burden at EU level in the same policy area. We will also work with Member States to ensure that, when transposing EU legislation, they do not add unnecessary administrative burdens.’

This principle seems, however, to be contradictory to the approach of the previous Juncker Commission, which explicitly rejected upfront burden reduction targets. A 2017 Communication stated that the Commission’s own experience does not suggest that an approach based on ex-ante reduction objectives would produce better results in terms of tackling unnecessary costs and providing tangible benefits for stakeholders than its current approach. This position was reiterated in the Commission’s 2019 better regulation stocktaking exercise.

The question arises how a ‘one in, one out’ principle will be applied by the Commission under President von der Leyen. It remains to be seen what this principle exactly means and entails in an EU context; critical observations have indeed already been raised. It also remains to be seen whether the Commission’s level of ambition concerning better regulation will indeed remain high. A Commission communication originally announced for May 2020 (now possibly postponed due to the corona crisis) is expected to provide clarifications in this regard.

The European parliament's Ex-Ante Impact Assessment team analyses the quality of impact assessments (IAs) produced by the European Commission, in the form of initial appraisals, and offers parliamentary committees a range of follow-up services, including more detailed appraisals of Commission IAs, substitute or complementary IAs, and IAs on parliamentary amendments.
View all posts by IMPA »
« Citizens’ enquiries on the Patrick Zaky case
States of emergency in response to the coronavirus crisis: Situation in certain Member States II »