Under the EU’s enhanced cooperation procedure, 11 Member States (MS) are discussing plans to introduce a financial transaction tax (FTT) in 2014. However, a substantial number of clarifications and agreements have yet to be found, raising the risk of missing the deadline.

Between 1 October 2008 and the end of 2011, approximately €1.6 trillion (13% of EU GDP) was transferred to financial institutions, mostly in the form of liquidity support. Many have called on the financial sector to contribute to these costs. One measure considered is the introduction of an FTT aimed at raising revenue and reducing the speculation on financial markets which led to the crisis. The 2011 proposal by the European Commission (EC) to introduce an EU-wide FTT covering 85% of transactions between financial institutions did not obtain the required unanimity in the Council. In the autumn of 2012, 11 euro area MS (Austria, Belgium, Estonia, France, Germany, Greece, Italy, Portugal, Slovakia, Slovenia and Spain) expressed their intention to proceed with the FTT through the enhanced cooperation procedure (based on Article 20 TEU). This was authorised in January 2013 by the Council after receiving the EP’s consent.

In February 2013 the EC adopted a proposal for a Council Directive implementing enhanced cooperation on FTT, based largely on the 2011 proposal. The main elements include: scope covering all financial instruments and markets if at least one of the parties is established in the FTT-zone or a traded product was issued there; a rate of 0.1% for shares and bonds and 0.01% for derivatives; exclusion from the FTT of daily transactions of citizens and businesses (i.e. credit card transactions or lending to the real economy) and of raising capital (i.e. issuance of shares and bonds directly to investors). According to EC estimates, the FTT could generate up to €31 billion (0.42% of GDP) in tax revenues annually, without negative effects on employment. However, its long run impact on GDP may be -0.28%. 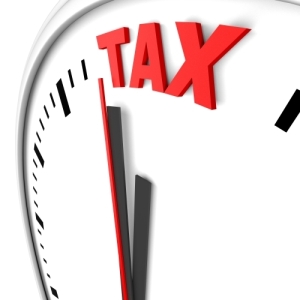 MS views on the new proposal remain divided. In April 2013 the UK (supported by Luxembourg) legally challenged the FTT at the Court of Justice of the EU, on the grounds that it undermines interests of non-participating MS. Practitioners argue that this action is unlikely to derail the proposal but it could increase pressure to reduce its scope. Italy is said to have demanded all transactions in state bonds be excluded, while all 11 participating MS asked the EC for further clarifications on how the FTT will work in practice, i.e. whether the tax revenues will offset increased borrowing costs.

Some studies suggest there is little empirical evidence that an FTT reduces speculative trading or volatility, while it risks decreasing institutions’ liquidity and trading volumes. Others argue that the FTT may indeed help to lower systemic risk by reducing high-frequency and flash trading, which currently account for more than half of all trading. However, there could be a risk of migration of some trading activities outside EU jurisdictions, especially if the principles of the FTT (such as measures preventing double taxation) are not well-established.

The EP called for the introduction of an FTT in resolutions from 2010 and 2011. On 18 June 2013, the Committee on Economic and Monetary Affairs (ECON) adopted a draft report on FTT. Rapporteur Anni Podimata (S&D, Greece) proposed to: allow participating MS to apply higher rates to riskier OTC trades; link payments of FTT to the acquisition of ownership rights (if the tax is not paid, a buyer would not be the legal owner of the security); apply lower rates until January 2017 for trade in sovereign bonds and trading activity of pension funds. The 11 MS must now decide unanimously on the design of the FTT, while the EP is only being consulted.