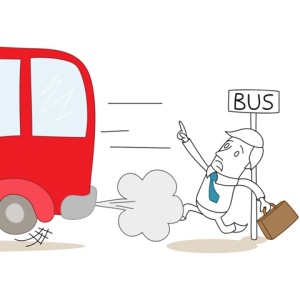 The European Union is aware of the issues and has proposed initiatives to tackle it from different aspects since the mid 90’s. But the organization of urban mobility is primarily a responsibility of the competent authorities at the local level. They have to deal with the double challenge of improving mobility while making urban transport more sustainable in order to improve the quality of life of its citizens. But the circumstances and needs of these cities are not all the same. Thus, local authorities need to set up projects and plans that fit their particular situation.

An appropriate and sustainable mobility in urban areas is an element to boost economic growth and employment, while also helping to build social integration. A shift towards greener transport in urban areas is also required to cope with climate change issues. Cities need to prioritise a better integration of the different urban mobility modes and encourage commuters and urban citizens to change their mobility patterns.

The mobility maturity and performance of 84 cities worldwide is assessed using 19 criteria. Europe achieves the highest average score of the 6 world regions surveyed.

Overview of the challenges faced by cities on urban transport.

This paper addresses the urban transit sector investigating variables affecting the habitual modal choices of commuters aiming to gain insight into the key factors affecting these choices and the reasons that discourage them from using public transport services.

The brochure highlights the contribution of research and innovation to integrated and sustainable urban transport systems.

This report argues that urban planning and design should focus on how to bring people and places together, by creating cities that focus on accessibility, rather than simply increasing the length of urban transport infrastructure or increasing the movement of people or gods.

The study deals with the interaction between integrated urban transport plans (sustainable urban mobility/transport plans, SUMP) and the cohesion policy of the European Union.

The aim of the study is to review existing and planned practices and measures relating to the urban section of the freight transport chain across the Member States of the EU with a view to determine whether, to what extent and in which form, action at the European level can be envisaged to promote successful solutions and improve the performance of freight transport.

Report presenting lessons learned that can be shared with practitioners of other European cities that are interested in applying similar measures to or implementing comparable projects in their cities.

The report describes the situation regarding Sustainable Urban Mobility Plans, including current levels of awareness as well as training needs, in more than thirty European countries.

This report assesses the mobility maturity and performance of 66 cities worldwide and finds most not just falling well short of best practice, but in a state of crisis.

Active ageing: local and regional solutions, Committee of the Regions, May 2011, 101 p.

In this report, the impact of population ageing is analysed with respect to five main policy areas, mobility and accessibility of transport being one of them.

Patterns of access and use of transportation infrastructures and means of transport are all deeply gendered. While these patters may vary deeply across different cities and regions, one key fact remains the same the world over: Women’s travel patterns are different from men’s.

This report presents a synthesis of results from the major Applied Research projects undertaken by the ESPON 2013 Programme. See p.90-95 Urban sprawl and high energy-use commuting.

This note provides an overview of the concept of Sustainable Urban Transport Plans (SUTPs) by tying its analysis to the relationship between sustainability and urban mobility. The note presents some key SUTPs experiences in selected European cities, and discusses the role of the European Union in this field.

The goal of this paper is to understand the direct and indirect effects (through impacting the quantity and quality of local public good in the communities) of falling commuting costs (per unit of distance) on suburbanization.

This document reports on the results of a study funded by the EC – DG MOVE to investigate the state-of-the-art of Access Restriction Schemes (ARS) in Europe and identify actions in which the European Union could engage to promote better awareness of this concept.

Urban mobility is analysed with a systems approach and from the point of view of functionality and service. The concepts and modes that are likely to predominate in 2050 are presented.

The objective of this paper is to present the process and outcomes of a the “Imagining Urban Futures” Stakeholders Workshop, aiming at the identification of driving forces and local factors that implicitly and/or explicitly have an impact on urban revitalization policies in Portugal.

This paper deals with the potential participation in a reward scheme to avoid peak hour driving. These results provide behavioural insights to formulating a coherent and flexible policy to implement rewards on larger scales as serious tool in the transportation demand management kit.

The Commission reinforces its supporting measures in the area of urban transport with this set of documents dating from December 2013.

The Urban Mobility Package will address initiatives 31, 32 and 33 of the White Paper “Roadmap to a single European Transport Area”. Initiative 31 calls for establishing procedures and financial support mechanisms at the European level for preparing Urban Mobility Plans. Initiative 32 foresees the development of a package for urban road user charging and access restriction schemes; while initiative 33 covers the production of best practice guidelines to better monitor and manage urban freight flows.

Some of the main documents are:

This plan, which runned until 2012, proposed twenty measures to encourage and assist local, regional and national authorities in achieving their goals for sustainable urban mobility. One of the main objectives of this plan is to accomplish (near) CO2-free city’s logistics in major urban centres by 2030.

The role of urban regeneration in the future of urban development in Europe. CDR 98/2010, Rapporteur Spyros Spyridon. See point 24

Opinion by the CEMR on the “Urban mobility package”. Among other things it states that mobility should not be limited to urban areas but has to be extended to functional areas and include rural and peri-urban areas, ask for the creation of a Member States expert group on urban mobility in which local and regional authorities can directly take part, also it is opposed to any obligation upon local authorities regarding sustainable urban mobility plans and access restriction schemes, including green zones.

This paper focuses on the ways in which cities can facilitate the transition to a new urban mobility, which is more fundamentally linked to the quality of space, and is built on integration between policy priorities and multi-stakeholder buy-in. Six cities cases are presented.

The FIA Foundation has launched ‘Megacities on the move’, a major new study into global urban mobility issues and solutions. (2010) Includes 2025 the future of mobility and our cities

Cities for Mobility is today a global network with over 500 members from 70 countries including universities, companies and international organisations. With its Agenda 21 for Urban Mobility they contribute to develop sustainable mobility: Socially inclusive, environmentally-friendly and economy-promoting.

EU actions for urban mobility: Response to the public consultation of the European Commission on a new action plan on urban mobility / European Federation for Transport and Environment, March 2008, 7 p.

See Transport: cities and greater cities. Includes indicators as journeys to work by type of transport, people commuting, number of cars or accessibility.

This survey was designed to look at: Europeans’ transport habits, perception about transport problems in EU cities, opinions about some specific measures to improve travel within cities, expectations for traffic improvements within cities and their opinions of who is responsible for these improvements.

Eltis facilitates the exchange of information, knowledge and experiences in the field of urban mobility in Europe.

Peak Hour Avoidance (PHA) is a relatively new Dutch mobility management measure. To reduce congestion frequent car drivers are given a financial reward for reducing the proportion of trips that they make during peak hours on a specific motorway section. This paper investigates the attitudes of Dutch employers towards PHA.

This study indicates the characteristics of commuting and offers an alternative approach to meet the mobility needs of employees. Through mobility management measures, firms can improve the commuting experience of their employees.

This paper gives a brief overview of how planning, organizing and regulating urban bicycle traffic can be achieved institutionally by cities.

In Belgium, several cities have been experimenting with ‘free’ public transport based on the concept of a third payer system. This study explores the modal shift potential of this measure for commuters by means of a large-scale survey.