Whilst the Member States are principally responsible for their own cultural heritage policy, European cultural heritage benefits from a range of supportive measures (policies, programmes and funding) aimed at preserving (art. 3 TEU) and promoting it (art 167 TFEU). 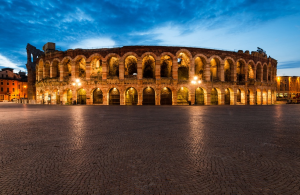 European cultural heritage is of exceptional economic importance for the tourism industry, generating an estimated annual revenue of EUR 335 billion, and many of the 9 million jobs in the tourism sector are linked to it directly or indirectly. The EU funded project Cultural Heritage Counts for Europe aims to raise greater awareness on the social, economic, cultural as well as environmental impact of cultural heritage and the multiple benefits of investing in it.

In July 2014 the European Commission published Towards an integrated approach to cultural heritage for Europe, a communication aiming to help Member States and stakeholders to make the most of the significant support for heritage available under EU instruments, progress towards a more integrated approach at national and EU level.

On 2 December 2014 the EP Commission for Culture and Education held a public hearing on “An integrated approach to cultural heritage in Europe: State of play and perspectives” (presentations will be available here; see also Europa Nostra’s summary of the hearing). MEP Mircea Diaconu is drafting a report on the subject (procedure file: 2014/2149(INI)).

Responsibility for policies and funding for Cultural heritage is shared between the European Commission’s directorates general for Culture & Education, Research and Regional policy:

There are three EU actions specifically dedicated to cultural heritage:

The EU’S Explicit and Implicit Heritage Politics/ by Tuuli Lähdesmäki. European Societies 16: 3, pp 401-421, March 2014.
During the past couple of decades, heritage has become topical in a new way in Europe as the concept has been utilized for political purposes in the EU cultural policy. The EU currently administrates or supports three initiatives – the European Heritage Days, the European Union Prize for Cultural Heritage, and the European Heritage Label – that address the fostering of the transnational European cultural heritage. The article discusses the explicit and implicit heritage politics included in these initiatives.

Challenges and Priorities for Cultural Heritage in Europe: Results of an Expert Consultation/ European Expert Network On Culture (EENC), September 2013.
This document summarises the main challenges to cultural heritage in Europe identified by nine experts working in a variety of institutional contexts (for public institutions, private consultants, academics, etc.) and presents the main areas of potential involvement for the EU identified in the consultation.

Study on the impact of the EU Prizes for culture/ ECORYS for the European Commission, March 2013.
The study found that all of the Prizes are serving to encourage the protection and promotion of cultural and linguistic diversity in the EU to some degree; mainly through showcasing high-quality examples and providing a platform for developing a shared vision of the relevant sectors’ roles. Evidence suggests the Prize for Cultural Heritage enjoys a high level of visibility and awareness in the sector and is considered to be the top European prize for cultural heritage.

Towards an integrated approach to cultural heritage for Europe (July 2014)
The Communication recognises that the contribution of cultural heritage to economic growth and social cohesion is undervalued and examines how the societal value of the sector is addressed in current actions and funding programmes. It highlights the opportunities for Member States and stakeholders to work more closely across borders and with the Commission to address the many challenges facing the heritage sector, and also to ensure that cultural heritage makes an even stronger contribution to a sustainable Europe.

Why cultural heritage needs to move with the times/ Commissioner Vassiliou’s speech at the EU Presidency Conference on Heritage Commons, 23 September 2014.

This publication highlights 20 years of European Commission–supported research in the field of tangible cultural heritage: the first volume provides the reader with an overview of the EU’s commitment to cooperation in this field and how it has developed over the years. The second volume compiles nearly 100 projects implemented since 2000.

Joint Programming Initiative in Cultural Heritage and Global Change (JPI CH)
Joint programming is a concept introduced by the European Commission in July 2008 and is one of five initiatives aimed at implementing the European Research Area (ERA). The concept intends to tackle the challenges that cannot be solved solely on the national level and allows Member States and Associated Countries to participate in those joint initiatives where it seems useful for them. JPICH aims at developing a joint approach to the preservation and sustainable management of Europe’s cultural heritage between EU countries by designing a common strategic research agenda and to share best practice (Citizens’ Summary: EU countries join their research programmes on cultural heritage, 2010).

Commission Recommendation of 26 April 2010 on the research joint programming initiative ‘Cultural Heritage and Global Change: a new challenge for Europe’.

Council Conclusions of 25 November 2014 on participatory governance of cultural heritage (soon to be published, draft here). The Council invites Member States to promote a more active involvement of civil society and of the private sector in policy making.

Council conclusions of 21 May 2014 on cultural heritage as a strategic resource for a sustainable Europe. The conclusions emphasize the important role that cultural heritage plays in creating and enhancing social capital, as well as its important economic impact and its specific role in achieving the Europe 2020 strategy goals for a smart, sustainable and inclusive growth because of its social and economic impact and its key contribution to environmental sustainability.

Resolution of the Ministers with responsibility for Cultural Affairs, meeting within the Council of 13 November 1986 on the protection of Europe’s architectural heritage

Council Presidencies of the European Union

Draft opinion “Towards an integrated approach to cultural heritage for Europe”/ Commission for Education, Youth, Culture and Research, November 2014.
The rapporteur György Gémesi welcomed the emphasis placed on the importance of cultural heritage, not only as a factor in economic development and social integration, but also as a cornerstone of local, regional, national and European identity. While commending the fact that more resources are being made available to cultural and creative sectors under the EU’s new structural funds and dedicated framework programmes, he recommended maximum synergy between them so as to ensure effectiveness and efficiency in implementing local and regional strategies for creative and innovative goals.

ICOMOS works for the conservation and protection of cultural heritage places. It is the only global non-government organisation of this kind, which is dedicated to promoting the application of theory, methodology, and scientific techniques to the conservation of the architectural and archaeological heritage. Its work is based on the principles enshrined in the 1964 International Charter on the Conservation and Restoration of Monuments and Sites (the Venice Charter).
ICOMOS’ Open Archive provides free access to thousands of publications on the subject of cultural heritage.

World Heritage Centre portal.
UNESCO seeks to encourage the identification, protection and preservation of cultural and natural heritage around the world considered to be of outstanding value to humanity. This is embodied in an international treaty called the Convention concerning the Protection of the World Cultural and Natural Heritage , adopted by UNESCO in 1972.

Europa Nostra
Europa Nostra is a pan-European network which works towards the safeguarding of the cultural and natural heritage of Europe.
Why Cultural Heritage Matters for Europe? (2009)
In this position paper Europa Nostra calls for European Action and the development of a European policy for Cultural Heritage.
Just adopted: EC Communication “Towards an integrated approach to cultural heritage for Europe” July 2014.
“Europa Nostra congratulates, also on behalf of other members of the European Heritage Alliance 3.3, Mrs Androulla Vassiliou, European Commissioner for Education, Culture, Multilingualism and Youth, and the DG Education and Culture, for this new major step forward in developing a comprehensive EU strategy for the protection and enhancement of Europe’s shared cultural heritage.”

NEMO – Network of European Museum Organisations
Rethinking museum value in times of crisis: a European perspective/ Sofia Tsilidou (October 2014)
This paper discusses how European museums redefine their public value in response to societal challenges facing Europe today; how the public value of museums, as part of cultural heritage, is addressed in recent policy initiatives and developments in the EU; what is the role of NEMO, the Network of European Museum Organisations as a link between the European museum community and the EU and as an advocacy network striving to influence European policies.
NEMO Statement on the Public Consultation on the EU 2020 Strategy (May 2014)
“The reviewed and updated EU 2020 Strategy should recognize that Europe is first of all a cultural and political project, which implies a different approach, not only based on economic resources, but rather on the creation of social and cultural capital. This should be reflected through the mainstreaming of culture to all policy sectors and the adequate allocation of resources to support the European project.”

URBACT
URBACT is a European exchange and learning programme promoting sustainable urban development. The network gathers 181 cities, 29 countries, and 5,000 active participants.
The untapped potential of cultural heritage: a catalyst for sustainable urban development and an internationally competitive Europe (2011)
As part of the HerO – Heritage as Opportunity project, this paper makes the case for a strong urban dimension as part of EU Cohesion Policy with a special focus on cultural heritage and historic urban landscapes. It calls for support for and investment in integrated and sustainable urban development to ensure Europe’s historic towns and cities are attractive places to live, work and invest in, fully able to respond to the global challenges of the 21st century and beyond.

Cultural Heritage counts for Europe: Towards a European Index for Cultural Heritage
The project will gather, analyse, consolidate and widely disseminate the existing data on the impact of cultural heritage – i.e. the impact on the social, economic, cultural as well as environmental. It will result in a European mapping of both qualitative and quantitative evidence-based research carried out at the European, national, regional, local and/or sectorial levels.

CHARISMA: Cultural Heritage Advanced Research Infrastructures
The FP7 funded project was dedicated to the conservation of the European cultural heritage. The project team brought together experts from a range of disciplines, including prestigious European museums, universities and research institutes, who shared information about conservation techniques and collaborated to develop new ones.
The access to the new tools developed by the research team allows conservators and restorers to identify the materials and methods used by the original artist, while the application of modern techniques and advanced tests ensure that the restoration work respects the principles of durability and compatibility.
The project website offers free access to most advanced EU scientific instrumentations and knowledge, allowing scientists, conservators-restorers and curators to enhance their research.

« EU’s opposition to the death penalty
What an extraordinary year for the EU: EPRS-EUI conference on 2014 »