The current EU taxation framework leaves Member States free to decide on their tax systems provided they comply with European Union (EU) rules. Those rules are adopted unanimously by the Council. The development of EU tax provisions is linked with the completion and proper functioning of the single market, with indirect taxes addressed earlier and more in-depth than direct taxes.

Taxation provides revenues for national budgets emanating from national taxes, local taxes and social contributions which are levied on consumption, labour or capital. Taxes have complex impacts and as such have consequences for multiple policies, mainly applied in the EU context to support the proper functioning of the single market. For example, in competition policy, state aid provisions also apply to direct business taxation. 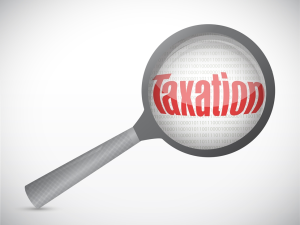 National tax systems face stronger competition as a result of the globalisation of the economy. Tax competition favours certain taxpayers to the detriment of others, and the same holds true for Member States when they compete on taxation to attract economic activity or tax revenue. Digitalisation creates new business models and affects the economy as a whole. Globalisation and digitalisation both trigger a need to update and adapt tax systems. They offer the opportunity to modernise tax systems generally considered as complex and consequently having the side effect of creating undesirable potential for avoidance and evasion. This contradicts the overriding objective to set favourable conditions for growth and equity.

In the context of consolidation of public finance, tax policy is used to provide budget revenues and to frame social and economic policies. Tax restructuring must serve to stimulate growth, in particular by altering the way the tax burden is split between labour and consumption, and preferring tax-base broadening over raising tax rates.

In keeping with the aim of making taxation fair, effective and conducive to growth, tax systems face the challenge of improving tax compliance, which will contribute to recuperating lost resources. Fighting tax evasion and tax fraud, and the related opacity and secrecy, requires actions at EU and international level. These aim to increase transparency, which can contribute to reducing the available space for such behaviour. In particular, enhanced exchange of information constitutes a step forward in fighting against tax fraud and evasion.

Tackling harmful tax competition and aggressive tax planning is a major aim of cooperation at EU level, in particular in business taxation, where the objective is to reduce the number of loopholes stemming from the complex array of rules, assessment bases and rates which may apply to a single firm. Cooperation is also developing in the international arena, in particular through OECD work on taxation in conjunction with the G20. 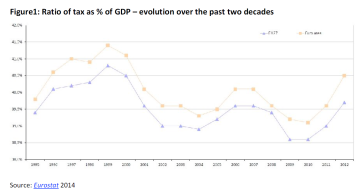 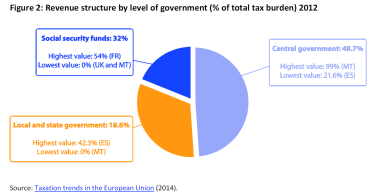 Revenue structure by level of government (% of total tax burden) 2012 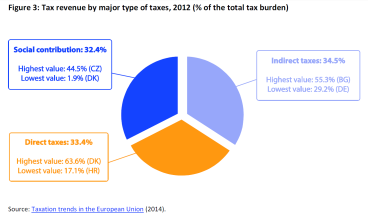 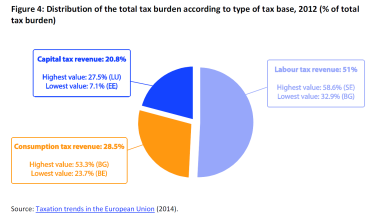 « Economic significance of trade in services: Background to negotiations on a Trade in Services Agreement (TiSA)
One Hundred Books on Europe to Remember »