The EU and Africa [What Think Tanks are thinking]

Relations between Africa and the European Union are governed by partially overlapping policy frameworks. The most important ones are the EU-ACP Cotonou Agreement from 2000 and the Joint Africa-EU Strategy (JAES) agreed in 2007. These agreements include political, economic and development dimensions. Relations with Northern African countries are governed by the Euro-Mediterranean Partnership (EUROMED) launched in 2008.

The EU aims to promote peace and security in Africa and engages with the African Union (AU) in various policy dialogues, including on democracy and human rights. The EU is the biggest aid donor to Africa. Its development cooperation with Africa is channelled through different financial instruments, of which the European Development Fund is the most important. The EU has also concluded negotiations for Economic Partnership Agreements with several African regions. The EU has also been engaged in peace-keeping operations on the continent.

This note offers links to a series of recent studies on Africa-EU relations and related issues from major international think tanks and research institutes. It focuses mostly on sub-Saharan Africa, as EU relations with Northern Africa and EU development policy were covered in previous editions ‘What think tanks are thinking’, published in July and September respectively. 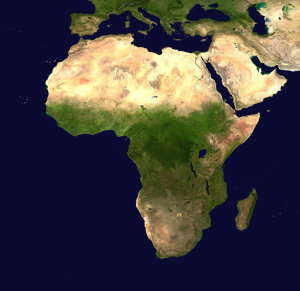 The EU as a security actor in Africa
Clingendael, January 2016

A bond or a knot between Europe and Africa?
European Centre for Development Policy Management, November 2015

The EU and Africa: Valletta and Beyond
European Political Strategy Centre, November 2015

The EU and Africa: Regionalism and inter-regionalism beyond Institutions
Istituto Affari Internazionali, November 2015

Riding or reaping the whirlwind? An account of the EU’s engagement with insecurity in Northern Nigeria
College of Europe, November 2015

How does Africa speak with one voice?
European Centre for Development Policy Management, November 2014

The EU and South Africa: Towards a new partnership for development
FRIDE, Egmont, July 2014

« CAP simplification: State of play
Automated vehicles in the EU »