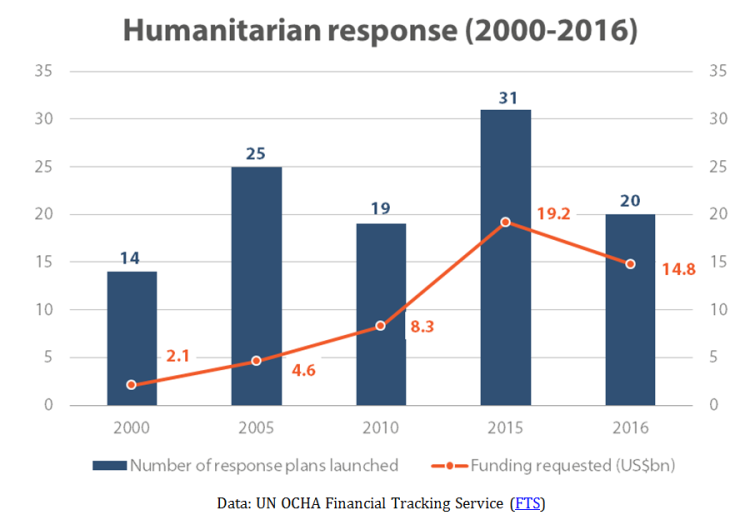 Even though there is no general trend, it is worth noting that the number of crises requiring humanitarian response in 2015 was more than double compared to fifteen years ago, while the amount of requested funding has increased almost ten times. In 2015, UN OCHA has launched 31 humanitarian response plans for the total amount of US$19.2 billion, out of which 64% have been funded. At the same time, while certain crises have attracted donors’ attention – notably Syria, Iraq, Afghanistan or Nepal – others have remained seriously underfunded, including Gambia (5%), Sahel region (15%), Senegal (21%), Burkina Faso (31%) or Mali (35%). The situation in 2016 does not look much different. The total funding requested at the beginning of the year amounts to US$14.8 billion but this amount is likely to be revised upwards. The response plans for Syria will consume over 50% of that amount. In practical terms, this potentially implies fewer resources for other countries, including other hotspots like Mali, Niger, Cameroon or Libya.