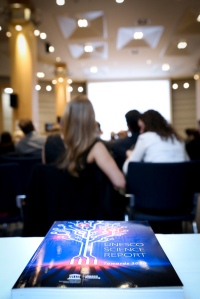 On 31 May 2016 the European Parliament’s (EP) Science and Technology Options Assessment (STOA) Panel hosted a joint workshop along with UNESCO and the European Commission’s Joint Research Centre (JRC) to examine the key findings of the ‘UNESCO Science Report: Towards 2030’.

UNESCO examines every five years the domestic and international enabling environment for Science, Technology and Innovation (STI). The ‘UNESCO Science Report: Towards 2030’, published in 2015, is the 6th edition of this report. It profiles 140 countries and delivers further information on another 49, covering the period between 2010 to 2015. This is a special period, as the report examines the status of the enabling environment in the aftermath of the economic crisis.

Paul Rübig, MEP and STOA Chair, opened the event and hailed the opportunity to work together with the JRC and UNESCO in presenting the latest knowledge and research. The topics and timing of this workshop were also very appropriate, as STOA is in the process of formulating a ‘silos and pipes’ strategy, which addresses the issue of how knowledge should be better communicated and cooperation strengthened. Vladimír Šucha, Director-General of the JRC, praised the global nature of this report and explained that the global challenges we face today cannot be solved without investment in science.

Flavia Schlegel, Assistant Director-General for Natural Sciences of UNESCO, gave one of the keynote speeches. She drew attention to the fact that science contributes to the UN Sustainable Development Goals and the 2030 Agenda. She went on to explain the work of UNESCO, including their awareness raising projects, and how they develop policy frameworks by reporting and surveying. According to Ms Schlegel this agenda is an opportunity that can be seized in cooperation with scientists, politicians and parliamentarians in its aims to eradicate poverty, promote peace and to leave no one behind.

Luc Soete, Rector of the University of Maastricht and co-author of the executive summary of the report, explained that while low-income countries had increased their public commitment to research and development (R&D), high-income countries had, in contrast, cut back theirs. However, innovation is also present in countries across the full range of income levels. We are also seeing a trend towards open science and innovation. According to Mr Soete, the diffusion of technology and the ability of countries to partner with one another, using science to solve social and environmental challenges, is crucial in achieving the UN Sustainable Development Goals.

Kevin Chika Urama, advisor to the President of the African Development Bank and co-author of the chapter on East and Central Africa, highlighted that this region had been making positive steps towards regional integration through enhancing the free movement of goods, labour, services and capital. Various East and Central African countries showed improvement in their national development plans and policies, including policies promoting education, science, innovation and gender equality. Early indications pointed to the fact that the social innovations resulting from this can help to create societies that are more prosperous. Research productivity had also increased in the region, however little progress had been made in inventions and the patenting process. Mr Urama concluded that, although overall the gross domestic expenditure on research and development (GERD) was improving, more needed to be done.

Globally positive steps have been made in the number of women involved in science and engineering; however women still constitute a minority in the world of research. This is what Sophia Huyer, Gender and Social Inclusion Leader of the CGIAR Climate Change, Agriculture and Food Security Programme (CCAFS), in partnership with Women in Global Science and Technology (WISAT), examined. Ms Huyer is the author of the chapter entitled ‘Is the Gender Gap Narrowing in Science and Engineering?’ in the UNESCO report. She highlighted that although women’s representation in education had been in favour of women at the tertiary level, the percentage of women was dropping at each stage of the scientific career. In an attempt to explain why this may be, Ms Huyer explained that women had less access to research funding, with studies from Europe and the US indicating that funding applications by women were accepted less and judged more harshly. A bias that women cannot perform as well as their male counterparts was also indicated as a barrier. Governments could play a part in assisting in resolving this issue by implementing policies that promote the involvement of women in the labour force and in science and innovation. Research, science and government institutions were advised to commit to gender equality and diversity through funding and programming.

In the panel debate that followed the presentations it was echoed that closing the gender gap and further investment in science were key to achieving the Sustainable Development Goals.

A post event interview was conducted with Paul Rübig, Vladimír Šucha and Luc Soete, which can be watched online here. The full ‘UNESCO Science Report: Towards 2030’ can be downloaded here. 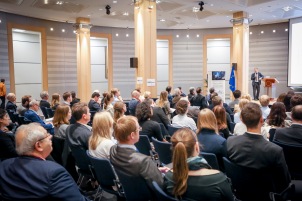 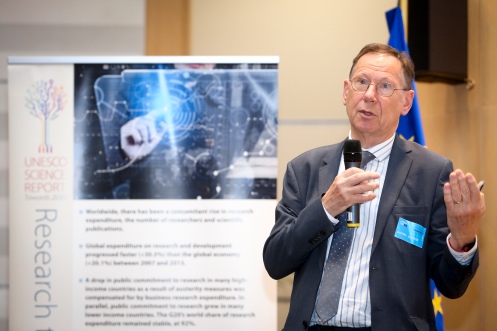 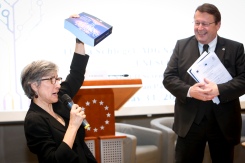 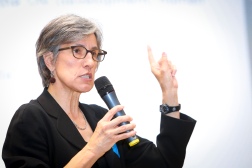 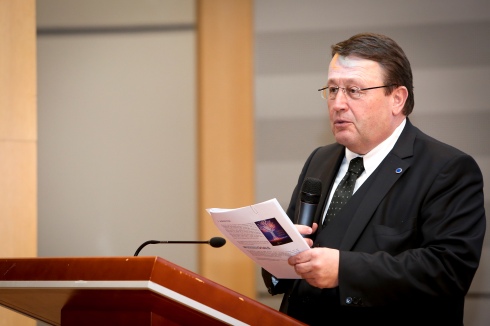 The Scientific Foresight Unit (STOA) carries out interdisciplinary research and provides strategic advice in the field of science and technology options assessment and scientific foresight. It undertakes in-depth studies and organises workshops on developments in these fields, and it hosts the European Science-Media Hub (ESMH), a platform to promote networking, training and knowledge sharing between the EP, the scientific community and the media. All this work is carried out under the guidance of the Panel for the Future of Science and Technology (STOA), composed of 27 MEPs nominated by 11 EP Committees. The STOA Panel forms an integral part of the structure of the EP.
View all posts by Scientific Foresight (STOA) »
« The UK referendum [What Think Tanks are thinking]
Microplastic pollution »