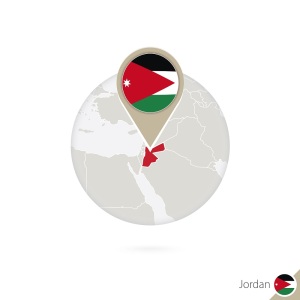 Since 2011, Jordan’s economy has suffered from the negative spill-overs of the on-going regional conflicts and the Syrian refugee crisis, weakening the country’s fiscal and external financing position. In line with the EU’s objective to support the stability and development of Jordan’s economy, the European Commission has presented a proposal to grant the country a second package of macro-financial assistance (MFA). Amounting to a maximum of €200 million, the assistance would help the country cover a part of its external financing needs. The first MFA package, worth €180 million, was approved in 2013 and fully disbursed in 2015. In addition to the significant resources mobilised by the multilateral and bilateral donors, this second MFA, adopted in December 2016, will, by strengthening the economy, contribute to Jordan’s overall stability, which is a high priority for the EU. The Commission will, if appropriate, put forward a new proposal in 2017 to extend and increase this MFA to Jordan. EU aid will complement the International Monetary Fund’s new programme of about US$723 million, focusing on the country’s economic and financial reform programme.

See also our at a glance note
‘Parliamentary elections in Jordan‘