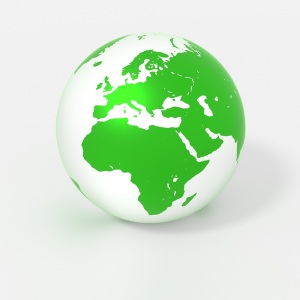 As the EU and Africa prepare to redefine their priorities for cooperation under the framework of the Africa-EU Joint Strategy adopted ten years ago, the European Parliament will debate, during the first November plenary session, a resolution outlining its position on the issue, ahead of the EU-Africa summit scheduled for the end of November. This summit will focus on the need to invest in youth. The issue has become prominent against the background of demographic growth in Africa and increasing irregular migration from the continent to Europe.

EU cooperation with Africa is embedded in several frameworks. The Partnership Agreement with the ACP countries (the Cotonou Agreement) defines the principles of EU cooperation and development aid to Sub-Saharan Africa, while the southern strand of the EU Neighbourhood policy sets the framework for cooperation with the North African countries. After the establishment of the African Union in 2002, the need for a unitary framework for cooperation at continental level was recognised and, in 2007, the Joint Africa-EU Strategy (JAES) was adopted. Its purpose is to set up a partnership on an equal footing between Africa and the EU, based on common interests and shared values. The JAES has its own financial instrument, launched in 2014, the Pan-African Programme, endowed with a budget of €845 million for the 2014-2020 period, under the Development Cooperation Instrument. However the JAES is not limited to actions covered by this instrument, as it could potentially cover all areas of cooperation between the EU and Africa with continental or regional relevance, from peace and security to trade and cooperation in international fora on global issues. The JAES priorities are revised periodically at the summit of EU and African Heads of State or Government, which takes place every three years. The next summit will take place at the end of November in Abidjan (Côte d’Ivoire). In May 2017, the Commission and the European External Action Service published proposals for future cooperation in a joint communication, entitled ‘A New Impetus for Africa-EU cooperation’.

The current situation of cooperation

The roadmap adopted at the fourth EU-Africa summit (Brussels, April 2014) outlined five priority areas for cooperation: peace and security; democracy, good governance and human rights; human development; sustainable and inclusive development and growth; and continental integration, global and emerging issues. Notable successes have so far been achieved in a number of areas. EU support to the African Union in the area of peace and security stands out as vital to the success of the African Union Peace and Security Architecture, and to the Africa-led peace operation in Somalia (AMISOM), which have largely benefitted from EU funding. The EU has also supported building the capacity of African bodies in the area of human rights. Irregular migration has moved to be the focus of cooperation since the Valletta summit in November 2015, when it was also decided to create an EU Emergency Trust Fund for Africa to tackle its root causes. In the area of trade, negotiations on economic partnership agreements (EPAs) – asymmetric free trade agreements with a strong development component – have been finalised with regional groupings in Southern, West and East Africa, but some states in the latter two regions are still reluctant to endorse the final text of the agreement. In order to spur development and tackle the root causes of migration, the EU has been encouraging investment in Africa using blending of public grants with private funds. In this respect, the recently established European Fund for Sustainable Development includes two platforms, of which one will be dedicated to Africa, as well as a new risk guarantee for investors. The fund is expected to attract massive investment to Africa.

The new priorities proposed by the European Union

The 2017 joint communication ‘A New Impetus for Africa-EU cooperation’ outlines the main possible lines of future action. It recognises the challenges and opportunities related to the demographic dynamism of the African continent and its ongoing transformation. These priorities are defined taking into account the African Union’s Agenda 2063 – a programmatic vision of where the continent should head – and the EU Global Strategy. The transformative agenda for Africa envisioned by the EU is centred around two strands: building more resilient states and societies, and creating more and better jobs for youth.

More concretely, the EU intends to strengthen its support to African capacities in the area of peace and security, including conflict prevention and management. It also wishes to continue its work with African partners towards ‘accountable, democratic, effective and transparent institutions‘ at all levels, as they are a precondition for resilient societies. The management of migration and mobility is another important component of future cooperation, being expected to take place in a spirit of mutual trust, based on responsibility-sharing and with full respect for human rights. The EU proposes to enhance intra-African legal mobility and migration as well as to increase students’ and researchers’ mobility. At the same time, irregular migration should be addressed by fighting trafficking and smuggling. In the area of economic development, the European External Investment Plan is described as the EU’s ‘most powerful vehicle’ for encouraging job creation in Africa, targeting the root causes of migration. Other actions needed in this area include: the creation of a conducive business climate, building the core enabling infrastructures, including electrification in Africa, support to SMEs, and support to Africa’s regional and continental integration efforts. The EU also wants to support the transformation of Africa’s agriculture, given its importance in terms of jobs. The EU admits the need to improve the level of education and vocational training in Africa and pledges support to this.

Ahead of the Africa-EU summit, civil society representatives met at the Third Africa-EU Civil Society Forum in Tunis in July 2017 and adopted a joint declaration. The declaration noted the shrinking space for civil society and expressed regrets about the insufficient involvement of civil society in the implementation of the strategy. The declaration recommends protecting the space for civil society and creating an enabling environment, and recognising civil society’s role in building resilient societies. Other recommendations refer to ensuring the inclusion of women and youth in peace-building efforts, dissociating development aid from migration management, while fighting any form of human trafficking, prioritising policies and investments in public services such as health, education and social protection for all, promoting internationally recognised labour standards, and promoting sustainable economic models (including ruralisation).

Young people have also defined their expectations. The 4th Africa-Europe Youth summit, which took place in October 2017 in Abidjan, adopted a declaration on priorities that should feed into the high-level summit. It calls for the enhancement of participation of young people, including vulnerable ones, in society; for the creation of the right conditions for economic empowerment of youth (a conducive business environment allowing young people to set up enterprises, enhanced access to enterprise finance for young people, enhancing the capacity of young entrepreneurs to run an enterprise), and for the involvement of young people in conflict prevention.

The International Crisis Group has published an analysis of the Africa-EU relationship, recommending to both sides to deal more openly with their disagreements, to deliberate with their strategic interests in mind and to strive to reach agreement about how to tackle migration towards Europe.

The Parliament is also defining its recommendations for the Africa-EU summit. On 10 October 2017, its Committee on Development (DEVE) adopted an own-initiative report, entitled ‘EU-Africa strategy: a boost for development’ (Rapporteur: Maurice Ponga, EPP, France). It recommends that future cooperation focuses on the following areas: economic development (through trade and EPAs, regional integration, economic diversification, sustainable industrialisation); good governance, including human rights; human development (through better education, health, access to water and sanitation, and gender equality); migration and mobility; and environment, including climate change. It considers resilience to be the key concept for tackling African challenges, and proposes to reinforce resilience in the political, economic, social, environmental and security realms. It highlights the importance of responsible investment and trade, respecting international health, safety, labour and environmental standards. It also recommends a holistic approach to migration, taking into account the demographic situation and the root causes, calls for the promotion of legal migration, and underlines that development aid should not be linked to cooperation on migration.

Read this Plenary At a Glance note on ‘New priorities for EU–Africa cooperation‘ in PDF.