Cyber-security [What Think Tanks are thinking] 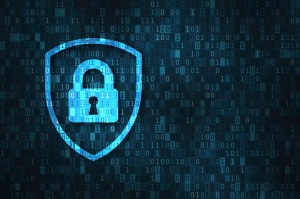 Cyber-security can be defined as the protection of computer systems and mobile devices from theft and damage to their hardware, software or information, as well as from disruption or misdirection of the services they provide. Cyber-crime and cyber-attacks have become a growing threat to governments, businesses and individuals as digital technologies advance. There have also been allegations of cyber-espionage, proliferation of fake news and misuse of the social media in some electoral campaigns. The European Commission updated the European Union’s cyber-security strategy in September 2017, to promote cyber-resilience and joint response across the bloc.

This note offers links to reports and commentaries from some major international think-tanks and research institutes on cyber-security and relations issues. More reports on the topic can be found in a previous edition of ‘What Think Tanks are thinking’, published in February 2017.

The future of political warfare: Russia, the West, and the coming age of global digital competition
Brookings Institution, March 2018

The next Russian attack will be far worse than bots and trolls
Brookings Institution, March 2018

Offensive cyberattacks would need to balance lawful deterrence and the risks of escalation
Chatham House, March 2018

EU cybersecurity and the paradox of progress
Centre for European Policy Studies, February 2018

Economic impact of cybercrime: No slowing down
Center for Strategic and International Studies, February 2018

No meeting of minds in Munich over cyberattacks
Carnegie Europe, February 2018

Cyber-diplomacy: The making of an international society in the digital age
Egmont, January 2018

Cyber mercenaries and the crisis in Ukraine
Council on Foreign Relations, January 2018

Making Europe a data economy: A new framework for free movement of data in the digital age
Lisbon Council, July 2017

Cybercrime and the digital economy in the GCC countries
Chatham House, June 2017

Why we need a Transatlantic charter for data security and mobility
Chatham House, June 2017

Can Europe deal with cyberattacks?
Carnegie Europe, May 2017

Read this briefing on ‘Cyber-security‘ on the Think Tank pages of the European Parliament.

« Are the upcoming United States mid-term elections the Democrats’ to lose?
LGBTI citizens [What Europe does for you] »