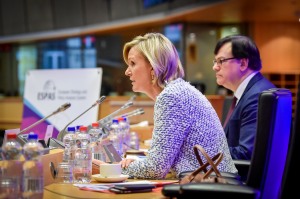 As is customary, EPRS hosted the second day of the annual ESPAS conference, which took place in late November (the video proceedings are available online). ESPAS is the European Strategy and Policy Analysis System, and this event has become the major interinstitutional foresight set piece of the year in Brussels. The event aims to promote cooperation between European bodies, working towards a common analysis of major global trends, and of the choices and challenges they pose for Europe.

Parliament Vice-President Ramón Luis Valcárcel Siso gave the opening address, following welcoming remarks from EPRS Director-General, Anthony Teasdale, and the Head of the European Policy Strategy Centre, Ann Mettler. The Vice-President reminded guests that the EU stands at a critical juncture. While it prepares for the 2019 elections – ‘one of the world’s largest democratic exercises’ – the EU faces a crisis of confidence from citizens who ‘have felt abandoned’ over the last ten years. ‘This is no time for humility’, therefore – it is fundamental the Parliament remind citizens how it has taken their side.

Lord Martin Rees, UK Astronomer Royal, delivered a keynote speech on ‘Global Governance in the Anthropocene Age’. Lord Rees underlined that we can predict two things for this century: the world will become warmer, and that it will become more crowded. We human beings are not addressing climate change and, therefore, are ‘destroying the book of life before we’ve read it’. Having charted the potential of new technologies, space exploration and life extension to improve humans’ knowledge and wellbeing, Lord Rees concluded by exhorting academics and citizens to put pressure on elected representatives to think globally and to consider the long-term.

The next session dealt with Economy and Society in 2030. The discussion ranged from the EU’s influence as a trendsetter, to the importance of foresight in the EU’s investment strategy. Heather Grabbe of the Open Society European Policy Institute argued that the EU’s scale and its intellectual capacity would help it remain a public policy leader. Bruce Stokes of the Pew Research Center emphasised that the EU must speak to the significant minority that votes for populist parties and is resistant to change – such as that which may emerge from the rise of automation. For Mikolaj Dowgielewicz of the EIB, the EU’s investments must become much more future-focused: the EU lacks investment in innovation, infrastructure, and R&D, particularly compared to Asia. Finally, Daniel Gros of CEPS added that the EU must become qualitatively better if it is to remain a trendsetter.

The morning session concluded with a second keynote speech by the European University Institute’s Brigid Laffan on ‘The Future of Social Sciences and their Contribution to Policy-Making’. Brigid Laffan argued that the future of the social sciences lies in three functions: supporting evidence-based policy-making; transforming knowledge and knowledge production; and transforming politics. The tension between politics needing solutions urgently, while science is about careful research and contested knowledge, complicates this first function. The IT-related transformation of knowledge production will create new fields for empirical study, such as parliamentary debates, where the social sciences are well placed to ask difficult questions. Finally, social sciences must compensate for the current lack of good governance.

Videos of the Conference discussions.

Interviews with our speakers and participants. 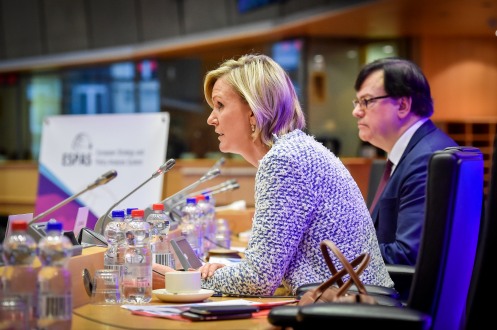 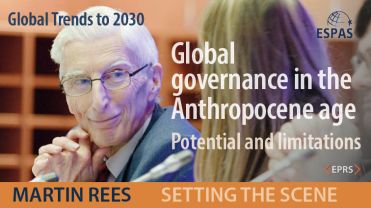