In May 2019, European citizens voted on their representatives in the European Parliament for the next five years, to defend their interests in the EU. This year’s election had a turnout of 51%, an increase of 8.3 percentage points from the previous election in 2014. It is also the first time since 1999 that more than half of adult citizens voted. The 751 MEPs elected have an average age of 50 years (with the youngest being 21 and the oldest 82). There is a majority of new MEPs(435). Women represent 40.4% of all MEPs. 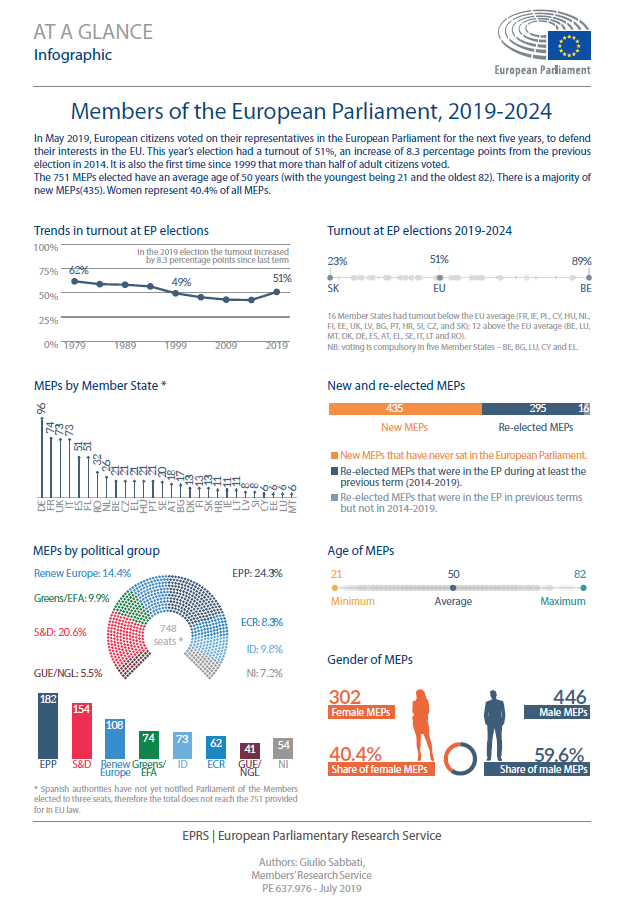 Trends in turnout at EP elections