Financing the European Union [What Think Tanks are thinking] 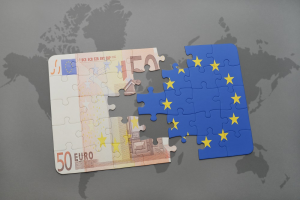 The European Union is preparing its next long-term budget – the 2021-2027 Multiannual Financial Framework (MFF). However, more than one and a half year after the European Commission made its MFF proposal, differences persist over the size of the budget and spending levels on particular policies. The European Parliament has called for an ambitious budget, capable of financing new initiatives, such as the European Green Deal. Despite tensions, a decision on the next MFF is still expected in 2020, before the planned start of the next financing period the following year. The later the decision comes, the more significant the negative consequences for beneficiaries of the EU budget, as some aid programmes could be delayed.

This note offers links to recent commentaries, studies and reports from international think tanks on the EU’s long-term budget and related issues. The current item includes a recent package of publications on the MFF prepared by the European Parliamentary Research Service.

How could net balances change in the next EU budget?
Bruegel, January 2020

A new look at net balances in the European Union’s next multiannual budget
Breugel, December 2019

The future of EU finances: New own resources
EUROPEUM, December 2019

How much will the UK contribute to the next seven-year EU budget?
Breugel, December 2019

Who pays for the EU budget rebates and why?
Bruegel, December 2019

New beginnings: An EU budget in support of the next Commission’s agenda
Notre Europe, September 2019

From ‘paymaster of Europe’ to ‘shaper of Europeʼs future’: A new self-perception of Germany in the EU
Heinrich Böll Stiftung, May 2019

Funding the just transition to a net zero economy in Europe: Opportunities in the next EU budget
E3G, November 2018

The EU’s multiannual financial framework and some implications for CESEE countries
Bruegel, September 2018

The EU Budget and Common Agricultural Policy beyond 2020: Seven more years of money for nothing?
Bertelsmann Stiftung, August 2018

Making better use of public funding: The role of national promotional banks and institutions in the next EU budget
Notre Europe, Jacques Delors Institute, August 2018

Winners or losers? The Baltic States in the EU’s Multiannual Financial Framework negotiations
International Centre for Defence and Security, July 2018

EU reform: Does everything have to change for things to remain the same?
Carnegie Europe, July 2018

Should the EU budget have a stabilisation function?
Centre for European Policy Studies, May 2018

New EMU stabilisation tool within the MFF will have minimal impact without deeper EU budget reform
Bruegel, May 2018

Common or own goals: Reforming the financing of the European Union
Research Institute of the Finnish Economy, April 2018

No escape from politics: Four tests for a successful fiscal instrument in the euro area

Economic and Budgetary Outlook for the European Union 2020
January 2020

2021-2027 Multiannual Financial Framework and new Own Resources: Analysis of the Commission’s proposal
June 2018