A breakthrough in the frozen EU-Belarus relations had been considered possible in advance of parliamentary elections in Belarus on 23 September 2012. But after the event, commentators noted that international standards had not been respected and the polls were neither fair nor transparent. 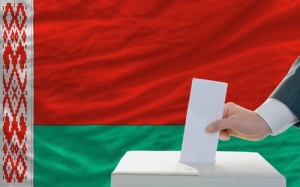 Parliamentary elections were organised to fill the 110 seats in the House of Representatives, lower chamber of the National Assembly of Belarus. All elected deputies are independents linked to pro-establishment parties loyal to President Alexander Lukashenko.

Many national parties contested the results. Turnout was reported to be 74.2%, “above expectations”, but many commentators have challenged this, claiming official figures differ from the reports of international observers.

These reports noted the same deficiencies seen at previous elections in 2008. Local authorities had shown signs of interest in improving the electoral process but in the end fell short of complying with internationally agreed election standards.

Most commentators have also recently underlined the need for democratic reforms, in order to enable Belarusian authorities to carry out fair and impartial elections.

EU High Representative Catherine Ashton and Commissioner Štefan Füle stated that the “recent elections represent yet another missed opportunity for Belarus to conduct elections in line with international standards”. They also condemned the climate of repression and intimidation. The Foreign Affairs Council decided to prolong the existing sanctions for a further year, until 31 October 2013.

Observers from the Organisation for Security and Co-operation in Europe (OSCE) Office for Democratic Institutions and Human Rights and the OSCE Parliamentary Assembly confirmed that elections were not carried out in an impartial manner, lacking in neutrality and with the possibilities of freedom of expression and campaigning for citizens hindered.

President Lukashenko stated that the elections were as democratic as possible. Flaws were described as natural and the President expressed his will to work to improve them. The Head of the Central Commission for Elections and National Referendums stated that “the campaign and the voting itself went smoothly, democratically and in accordance with the Constitution”.

The Belarusian opposition argued that the results of the elections are invalid since less than 50% of voters cast their ballots. An information campaign on the “real results” of the elections and on the issue of political prisoners has also been launched by seven parties.

The Commonwealth of Independent States’ observation mission stated that insignificant flaws did not affect the results of the elections, which were held in compliance with legislation.

Several think-tanks and NGOs highlighted restrictions on nominations of candidates, lack of pluralism, rule of law and other democratic values.

EP President Martin Schulz regretted the unfairness of the elections, with opposition leaders remaining imprisoned, problems with registration of candidates and no freedom of expression for citizens. Due to this non-democratic path, he added, “the European Parliament will not be able to restore official ties with the Belarusian Parliament.”

The EP Delegation for Relations with Belarus noted with regret the undemocratic nature of the parliamentary elections, marked by serious violations of the principles of democracy and fairness. It also underlined that Belarus is moving further away from the European Union.

2 thoughts on ““Undemocratic” elections in Belarus”