Gas disputes in the eastern Mediterranean

Discoveries of gas reserves in the eastern Mediterranean have brought both opportunities and challenges to the entire region.

Although political uncertainty has clouded the whole picture, energy is emerging as the dominant issue for the future of the region. 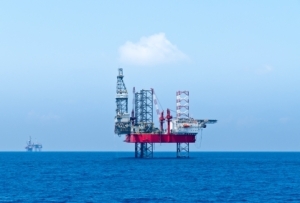 Mutually agreed criteria for the exploitation of these gas resources would foster stability in the region and attract investment. However, the tense political relations between neighbouring countries and security risks undermine the possible benefits of recent energy developments for the local economies.

This is the case not only for Cyprus and Turkey, but also for other countries such as – but not limited to – Lebanon and Israel.

The situation stems from the lack of agreement on certain maritime boundaries, since exclusive economic zones (EEZ) have been declared unilaterally and have not been mutually agreed between the parties. This is the cause of ambiguity over sovereign rights in the disputed gas basins.

Avoiding unilateral actions and jointly discussing energy issues would represent a first step towards political breakthrough. But this will require overcoming the current lack of communication between the parties.

« New power for road transport: more please!
Eyjafjallajökull volcano: not so extraordinary after all! »