After a year of negotiations the European Parliament (EP) and the Council have reached agreement on a revised evaluation mechanism for Schengen instruments, as well as a new legal framework to allow reinstatement, in exceptional circumstances, of controls at internal borders.

With the launch of Schengen cooperation, Member States (MS) agreed to abolish internal border controls within the Schengen area. But this requires trust that MS properly secure the external borders and implement the required measures. Correct application by MS of the Schengen rules has up to now been subject to intergovernmental peer review. 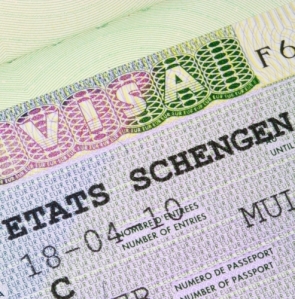 After a long period of inter-institutional negotiations, the new Schengen evaluation mechanism (rapporteur Carlos Coelho, EPP, Portugal) will not be adopted under codecision as the Commission had wanted. However, the EP retained significant influence on the compromise text, and in particular obtained important safeguards relating to any future revision of the mechanism. The draft text represents the first use of the legal base of Article 70 TFEU, which is a lex specialis for evaluating policies in the freedom, security and justice area. It complements the Commission’s general duty to oversee the application of Union law under the control of the Court of Justice of the European Union (CJEU).

The new mechanism will be an EU-based one. Frontex will support implementation of the evaluation mechanism, primarily in the area of risk analysis relating to external borders. The Commission will prepare, plan and adopt the evaluation reports. The Council will adopt the recommendations for remedial actions to be implemented by the MemberState concerned.

As far as parliamentary control is concerned, the Commission and Council will fully inform the EP and national parliaments. The EP will receive all relevant documents and will be able to hold the Commission to account on its coordination role in the new mechanism.

Under Article 23 of the Schengen Borders Code (SBC) a MemberState may exceptionally reintroduce controls at its internal borders for no more than 30 days. This is permissible when there are serious threats to public policy or national security. Moreover, according to CJEU jurisprudence, the threat should be genuine and sufficiently serious to affect one of the fundamental interests of society. The scope and duration of the temporary reintroduction of border controls should be restricted to a minimum period of time, and avoid endangering the principle of free movement of persons.

Amendments to the Code

Under the agreement negotiated in trilogue (rapporteur Renate Weber, ALDE, Romania), the SBC will be amended. If, under the new evaluation mechanism, serious deficiencies in carrying out controls on external borders by one or more MS are identified, the Commission may recommend the evaluated Member State to take specific measures. These could be the deployment of European Border Guard teams, submission of strategic plans for assessment by Frontex or, as a last resort in a serious situation, the closure of a specific border crossing.

As a last resort, the temporary reintroduction of controls on specific internal borders could exceptionally be recommended at Union level where the overall functioning of the Schengen area is put at risk as a result of persistent serious deficiencies related to external border control and insofar as this constitutes a serious threat to public policy or internal security. Such a recommendation would be adopted by the Council, acting on a proposal from the Commission.