The Union of the Arab Maghreb and regional integration: Challenges and Prospects 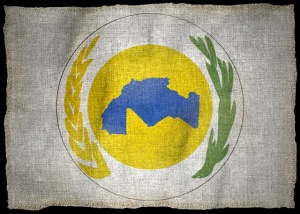 The Union of the Arab Maghreb or Arab Maghreb Union (AMU) as it is often referred to, was established in 1989 when the five founding members, Algeria, Tunisia, Morocco, Libya and Mauritania, signed the Treaty of Marrakesh. However, hopes for substantial political and economical integration in the Maghreb region quickly dimmed as inter-state political tension – especially between Morocco and Algeria over the status of Western Sahara – complicated the consolidation of the Union. Indeed, a summit between AMU heads of state has not taken place since 1994. More recently, political instability in the wake of the Arab Spring uprisings has created further uncertainty about the union’s future. Despite widespread scepticism about the viability and future prospects of the AMU, the EU continues to support further Maghreb integration. A 2012 joint communication by the European Commission and the European External Action Service, which focuses principally on the development of the political dialogue, especially on the issues of security and defence, as well as on the promotion of human rights and democratisation, explained that, “a stronger and more united Maghreb will help address common challenges, such as instability in the Sahel region, energy security, the need to create jobs and fight climate change.”

The article offers information on the creation of the Arab Maghreb Union (AMU). It mentions its objectives which include establishing friendly relations with member countries, free mobility of people and creating a common market. It also analyses the reasons why the AMU never reached the proposed levels of integration.

This IHS Global Insight analysis examines the state of play of the AMU one year after the events that swept the region in 2011 and suggests that shared security concerns could succeed as  the main driver for  progress. However, after a first period of enthusiasm, the stagnating socio-economic situation and persisting political sensitive issues, especially between Algeria and Morocco, leave the prospects for a revival of the dormant Arab Maghreb Union uncertain.

The article argues that “a strong Union would have a great impact on the economy of the region but also on Africa as a whole” and that it would further be, “a bridge between Africa and the European Union (EU).”

This article explains the tense relationship between Morocco and Algeria which is one of the main complications of further Maghreb integration.

This op-ed discusses the economic cost of the lack of substantial integration and the potential benefits of a fully integrated AMU for the Maghreb and surrounding countries, as well as for the EU. It also mentions some requirements for achieving further integration.

This article offers in-depth analysis of the economic and political weak impact of regional integration in the Maghreb over the last 20 years. It looks at the prospects for the future and concludes that the EU’s strategy towards the region, even in its revamped post-Arab Spring version, remains ambiguous.

This study estimates that trade in the Maghreb remains well below its potential level and suggests measures to boost inter-regional trade.

A security vacuum in the wake of the Arab Spring caused an increase in cross-boarder crime and terrorism in the Maghreb, adding to the need for increased security cooperation. However, the complex  transitional processes taking place in the countries most affected by the uprisings currently complicate further integration.

An interview with Camille Sari, author of “Algérie et Maroc: Convergences quelles Economique?”, analysing past and current obstacles as well as the prospects for further consolidation of the AMU.

In this article, the author likens the reasons that inspired the establishment of the AMU between the countries of the Maghreb in the 1980s, with those inspiring current calls for reviving the AMU and promoting regional integration.

This joint European Commission and European External Action Service communication emphasises that both the EU and Maghreb countries stand to gain from increased Maghreb integration, and outlines how the EU, “drawing on its own extensive experience of integration and given its interest in the region as a neighbour and key partner for the five countries concerned”, can help support the process.

On 16 July 2013, Commissioner for Enlargement and European Neighbourhood Policy Stefan Füle met Secretary General of the AMU (Arab Maghreb Union) Habib Ben Yahia in Brussels. According to this press release, they spoke about strengthening cooperation in the Mediterranean and the security situation in the Sahel close to the Maghreb. At the end of his meeting with Ben Yahia, Füle spoke of the EU’s determination to establish a more regular dialogue between the Maghreb and the European Union, using modalities that will have to be defined jointly. He said that he looked forward to continuing this process of finding practical actions to advance the integration in the region and the cooperation between the EU and Arab Maghreb Union.

The European Parliament has long supported the  prospect of improved regional integration. In its resolution on the relations between the European Union and the Arab Maghreb Union: a privileged partnership (2001/2027(INI)), 11 June 2002, the Parliament emphasised that better inter-Maghreb relations were, “vital for the development of the entire Euro-Mediterranean partnership” and asserted that it was, “the European Union’s duty, in cooperation with the United Nations and in accordance with its resolutions, to use dialogue and mediation to help resolve the conflicts which may involve the Maghreb countries that are the EU’s Mediterranean partners, such as that in Western Sahara“.

In its 2006 resolution on the European Neighbourhood Policy (2004/2166(INI)), the EP called on the Commission “to adopt an action plan for Algeria in the near future, so as to give fresh momentum to the Arab Maghreb Union; but points out that the success of this regional integration depends essentially on settlement of the question of Western Sahara and calls again on the parties concerned to enter into a constructive dialogue, within the framework of the relevant United Nations Security Council resolutions”.

One year later, in its resolution on reforms in the Arab world: what strategy should the European Union adopt? (2006/2172(INI)), the European Parliament considered that the EU should act “ in tandem with existing political structures such as the League of Arab States and the Gulf Cooperation Council, and even with the Arab Maghreb Union, if it is revived”, in order to boost its external relations with the Arab world.

L’Europe et la Méditerranée : Propositions pour construire une grande région d’influence mondiale : Rapport pour Martin Schulz, Président du Parlement européen. Report drafted for the President of the EP by the Institut de prospective économique du monde méditerranéen (IPEMED) in April 2013.
In response to a request from Mr Schulz, this report suggests how the EU can strengthen its relations with its Mediterranean neighbours. It is based on studies and interviews conducted by IPEMED in 2012.

The article analyzes and evaluates the experience of Maghreb integration in terms of the interaction of endogenous and exogenous factors that influence it, the most important of which being relations with Europe. The authors’ suggest that Maghreb commitment to the goals and objectives of the Euro-Mediterranean Partnership has perverse effects, most notably by becoming a substitute for real cooperation and regional integration as envisaged by the Marrakech Treaty establishing the UMA. The author first analysing the failure of cooperation among members of the AMU and then the interaction between the construction of a Maghreb identity and the attraction of Europe, eventually suggests tha the European Union’s Euro-Mediterranean partnership should focus on southern integration, which, together with good governance would ensure stability in the region.

This article is published in the issue IX|2013 of the review L’annee du Maghreb which is entirely dedicated to Euro-Maghreb relations and offers different readings of current and past relations and of the oppurtinities, offered or missed, for a better regional integration.

The European Union and the Maghreb: What Is the Status of Commitment One Year After the “Arab Spring”? / Antonin Tisseron, Institut Thomas More, February 2012.

This report asserts that, “successful European commitment in the Maghreb […] implies a European ability to embrace the new neighbourhood policy and to build a true Euro-Mediterranean and Euro-Arab geopolitical project with prospects, objectives and clear political will.” (see in particular page 22 ff for AMU)

Though not dwelling on AMU in particular, this paper analyses how EU and Turkey have developed different approaches to regional integration while sharing the assumption that it is an effective tool for encouraging regional peace, stability, and prosperity and facilitating transition to democracy.  The author focuses on the challenges and opportunities for regional integration in the wake of the Arab Spring.