Net neutrality means that data communications over a network are all processed in the same way, regardless of sender, receiver, application or content. This principle, and the fact that participating networks only make their ‘best effort’ to transmit all data, has historically underpinned the internet. However increasing demand for internet traffic, new applications that require guaranteed levels of service and the need for increased private investment in broadband network infrastructure have raised questions about this approach. Some internet end-users want specialised services that can guarantee that data for time-sensitive applications are delivered promptly, even at peak times. 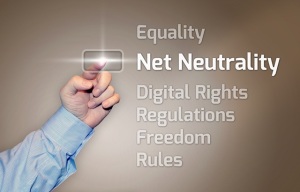 Mandating net neutrality or allowing the development of specialised services at a higher price could have important effects on the development of the internet which underlies the European digital economy. A network traffic policy can influence the level of investment in broadband infrastructure or the degree of innovation for which the internet has become known. A given policy may lead to greater or reduced competition and consumer choice. Network traffic management and differentiated services have also been seen as a threat to freedom of expression and to the rights of European citizens to privacy and protection of their personal data.

The European Parliament is currently considering a proposed regulation that includes proposals concerning net neutrality. These proposals are controversial in their attempt to represent a ‘middle way’ between preserving an open, public internet and allowing new specialised services to meet specific needs.

Works at the European Parliamentary Research Service.
View all posts by rondavies-eprs »
« Reshoring of EU manufacturing
In focus – European Elections 2014 »

One thought on “Net neutrality in Europe”