The growing mobility of citizens in the last two decades has led to increasing numbers of international couples. In 2011, out of approximately 122 million marriages in the European Union, around 13% had a cross-border dimension. Regarding divorce rates, according to 2010 Eurostat data, around 1 million divorces take place in the EU each year. Whilst family break-up is always difficult, things can get even more complicated in the case of spouses of different nationalities when trying to resolve disputes concerning their marriage or the custody of their children. These dramatic family situations sometimes lead to international abductions, when the child is taken out of his/her country of habitual residence by one of the parents. Parental child abduction has an undoubtedly significant harmful impact on the child and the parent left-behind. 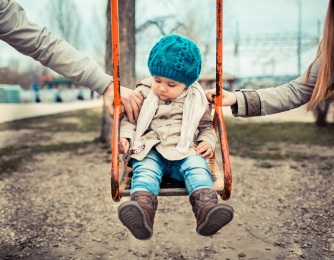 The difficulty with international child abductions lies in the fact that many countries do not participate in the 1980 Hague Convention. If a child is abducted to a country that is not a signatory to the 1980 Hague Convention, that country will follow its national law when considering whether the child should be returned and the authorities of that country are not obligated to return the child under the jurisdiction of his or her habitual residence.

The Brussels II bis Regulation addresses child abduction specifically between EU member states and has applied since 1 March 2005 to all EU member states except Denmark, which is neither bound by it nor subject to its application. Article 11 of the Brussels II bis Regulation provides that the court to which an application for the return of a child has been made must issue its judgment no later than six weeks after the application is lodged.

This EPRS Keysource provides an overview of the complex area of international parental child abductions that attracts the attention of many legal practitioners, as well as the broad general public. It also presents the recent trends in the case law of the Court of Justice of the European Union and the European Court of Human Rights and gauges possible future developments concerning the current legal framework regulating international child abduction cases.

The article provides an in-depth analysis of Articles 13 and 20 of the 1980 Hague Convention, which both set the exceptional circumstances under which the court is not bound to order the return of the child. Christine Piemonte examines the application of the defenses to return by U.S. and other countries’ courts.

The authors analyse the weaknesses of the best interest principle that still remains a vital tool to safeguard the interests of the child.

Across the Border and Back again: Immigration status and the Article 12 “Well-Settled” Defense / Michael Singer. – Fordham Law Review, Vol. 8, 2013

The Article 12 of the 1980 Hague Convention lays down that even if the application for return is made more than one year after abduction, the appropriate judicial or administrative authority shall order the return of the child to the country of his or her habitual residence unless the child is already settled in its new environment. The article of Michael Singer focuses on the role of immigration status with regard to the Article 12 and the determination whether or not to order the return of a child.

The statistics show that children are wrongfully retained or removed abroad predominantly by women. Ruth Lamont examines in her article the gender-based concerns that have arisen in the area of international parental child abductions cases.

Necessary to Remove a Child from the Jurisdiction? / Alisdair A. Gillespie. – Journal of Criminal Law, Vol. 76, Issue 3, 2012

The author of this article focuses on the cases of child removal from the jurisdiction in which there is a belief that one party is sexually abusing the child.

Habitual residence is the key connecting factor for determining whether there has been abduction under Article 2 (11) of the Brussels II bis Regulation. However, the term habitual residence is not defined by the Regulation as such and its interpretation by the courts of member states can cause difficulties in practice.

This article explores the concept of habitual residence and its application in the context of the Brussels II bis Regulation.

The 2013 EPRS publication a ‘“Habitual residence” as connecting factor in EU civil justice measures took into account two recent judgments of the Court of Justice of the EU Case C-523/07 “A” and Case C-497/10 “Mercredi v. Chaffe” that explain the notion of habitual residence specifically in the context of child abduction.

Article 3 of the 1980 Hague Convention stipulates that child removal is considered wrongful if such removal is in breach of custody rights. However, it is the law of member states which determine who is entitled to custody. The laws of the EU member states vary considerably in this regard and in some countries, those fathers who have not married the child’s mother are not automatically granted the rights of custody of their child. They must make further claims in order to acquire such rights. These differences cause some fathers to have no right regarding the child’s return as they have no custody rights over the child at the time preceding removal.

Pilar Jiménez Blanco draws attention to the deadlock situation of many unmarried fathers whose children were removed abroad by their mothers.

The judgment of the Court of Justice of the European Union in the Case of McB. has reopened the issue of custody rights of unmarried fathers. The Court held in its decision that the Brussels II bis Regulation does not preclude a member state from requiring by its law that the father obtain a judgment from a national court with jurisdiction in order to acquire custody rights.

According to the U.S. Department of State, parental abductions to Japan are among the most difficult cases to handle. Japan decided to join the 1980 Hague Convention only recently, at the beginning of 2014.

Child-snatchers. A dark side to family life in Japan / Economist.com, 21 January 2012

This article tells a story of Karina, who became the first child returned to the U.S. via the courts after being wrongfully removed to Japan by one of her parents.

A Comparison of Japanese and Moroccan Approaches in Adopting The Hague Convention on the Civil Aspects of International Child Abduction / Michelle Boykin. – Family Law Quarterly, Vol. 46, No. 3, 2012

Michelle Boykin analyses the efforts and reforms made to Japan’s and Morocco’s family law systems with a view to becoming a signatory of the 1980 Hague Convention.

The most important judgments concerning the application of the 1980 Hague Convention and other decisions relevant to the international parental child abduction, their summaries and legal analysis can be found in the International Child Abduction Database (INCADAT).

Compendium of major judgments of the European Court of Human Rights in international child abduction cases.

The authors criticise the approach of the two highest courts in Europe in relation to parental child abduction proceedings. According to them, the European Court of Human Rights encourages through its recent case-law an in-depth examination of the entire family situation, placing too much emphasis on the best interests of the child. On the other hand, the Court of Justice of the European Union relies too heavily on the principle of mutual trust, not ensuring sufficient protection for the best interest of the child. Lara Walker and Paul Beaumont provide an overview of the recent decisions of both courts in this area and call for the right balance to be struck between the two contrasting approaches.

The judgment of the Grand Chamber of the European Court of Human Rights in the case of X v. Latvia was awaited with much interest. In its final decision the ECHR found an infringement of the mother’s and the child’s right to respect for private and family life as stipulated by Article 8 of the European Convention on Human Rights by ordering the return of the child due to a too mechanical or not sufficiently detailed assertion of the child’s interest. The final verdict of the ECHR has many critics who argue that the main purpose of the 1980 Hague Convention, which is the immediate return of a child, was suppressed or not taken into consideration sufficiently. Christina Jeppesen de Boer and Merel Jonker from Utrecht University support the ECHR’s reasoning in their discussion of this recent judgment.

The EU’s own separate child abduction regime has recently become a target for criticism in the light of the upcoming review of the Brussels II bis Regulation. Some experts claim there is no real legal need for the involvement of the EU in the area of child abduction and that the abduction proceedings regulated on EU level have benefits neither for the parents nor for the child. These abduction proceedings only further antagonise the parents fighting over an issue which is settled anyway. Whatever the result of the abduction proceedings, the case ends up back in a court in the state of the child’s habitual residence. However, views on the added value of Article 11 of the Brussels II bis Regulation vary significantly. The recently published Report drawn up by the European Commission regards the provisions on the return of the child complementing the 1980 Hague Convention as particularly useful.

The post of the European Parliament Mediator for International Parental Child Abduction was created in 1987. The main task of the EP mediator is to try to find a voluntary agreement between the abducting parent and the other parent that would be mutually acceptable and satisfactory. The best interests of their children must always be a primary consideration. The post of EP mediator was held by Roberta Angelilli during the 7th EP legislature.

The Hague Conference on Private International Law website has a specialised Section dedicated to international parental child abduction with guides to good practice on the application of the 1980 Hague Convention, explanatory documents including the Explanatory Report drawn up by Elisa Pérez-Vera and other useful documents and information regarding child abduction.